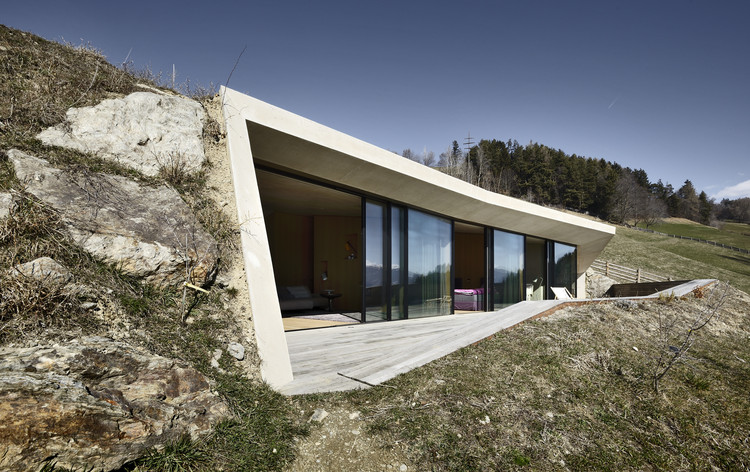 Text description provided by the architects. The young owner who bought the Felderhoffarmstead was conscious of its unique nature from the very beginning. The ensemble, consisting of two uniform structures, was built slightly offset and in accordance with the hillside profile. Preserved in pristine condition, it is a prime example of the 'pair farmstead' typical of the slopes of the Eisack valley. The residential house - with its stone-weighted wooden shingle roof and the shed, with its impressive steep thatched roof - are both authentic representations of life in an earlier age.

Instead of reconstructing the house immediately, the owner decided to move in first; to take time to acclimatise. This became a period of two years in which the decision was eventually made to conserve the house in its original form. The owner also decided that the shed should retain its original role of housing animals. However, some aspects of modern living were to be incorporated and a balance was sought between contemporary living and historical authenticity. The house/shed ensemble was not be disturbed by the third structure. At the same time, a functional unit was to be built from the old living area and the extension.

The topography of the plot offered an opportunity for new living areas partly underground. The new 'brick-shaped' building was designed to directly join the living floor of the existing house below the west-facing terrain, thus connecting old and new. The resulting structure extends in a 'brick' shape from east to west and on the slope side is almost completely hidden within the mountain landscape. Only two skylights lying flush in the meadow point to the hidden underground cubature. Towards the south, however, the building offers a powerful gesture: a concrete frame opens out the groundand the long glass frontage orients the residential area towards the valley.

Thanks to the spacious, playfully faceted façade, the new living and sleeping rooms enjoy a spectacularview over the Eisack Valley and the lofty peaks of the Dolomites. Open spaces, generous heights and skylights present an exciting contrast to the delicate and closed fabric of the historic building. The skylights also allow for rooms to be flooded with sun and the geometry creates exciting and open environments. An added bonus is provided by the excellent views of the large larch trees behind the barn.

The staircase - which connects the old building with the new, and the garage floor with the residence - represents the intersection between history and modernity. All the materials used give expression to this idea and fit with the surrounding landscape. Natural stone, exposed concrete, steel and wood surfaces are the highly specialised choice made for the project. While the geometric ceiling of exposed concrete imitates the contour of the hilltop removed during construction, extensive use if made of wooden furniture and classic surfaces. The extension of the Felderhof demonstrates how a historic building can be augmented by a modern, high-quality residential component without disturbing the original character of the protected structure. Through this technique, the new extensionand the old building enter into an exciting, complimentary discourse. 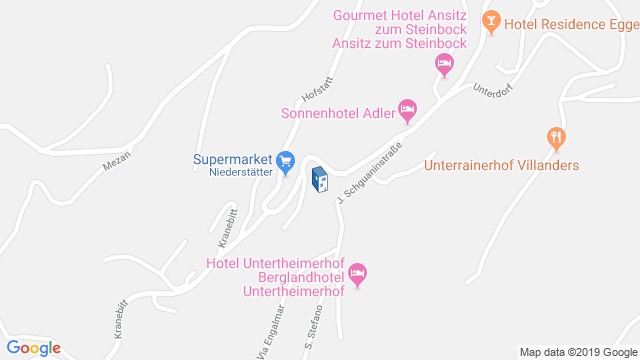 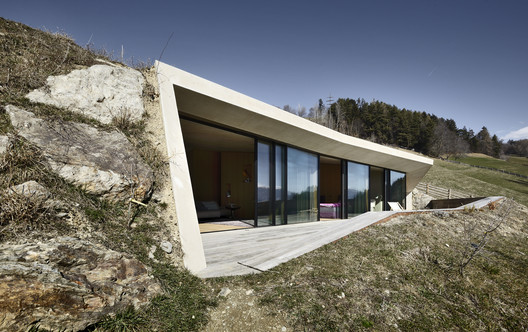