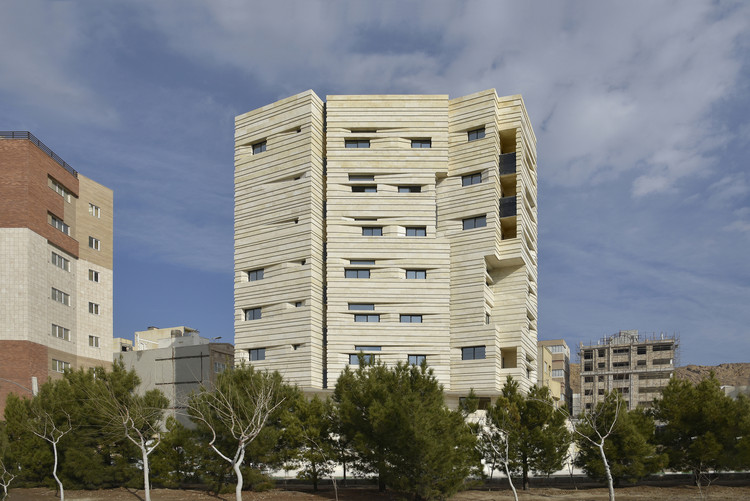 Context | Site | Plan
The Avini residential building is located in the city of Qom, with 8 floors,6 residential units, a commercial unit and a parking floor.

The range of land placement has an uneven geometry and sides with different angles. The geometry of the site is such that designing the plan in it involves many problems and challenges. The project site leads from one side to the main street and from the other side to an alley. Given the municipality's standards and the amount of consoles along the sides of the land, the main challenge is to create a plan with the highest efficienc.On the other hand, considering the location of the project along a main street,the issue of project being iconic in the context is raised. A challenge was presented by taking form in a dialogue with the inner shape of the project.

The design
Due to the project's limitations,“resolving the plan with highest possible efficiency”was first considered. Hence, in the process of developing our plan, we arrived at lines that were created through consoles. At this stage, for the formation of spatial purity and reaching the correct geometry in the plan, the consoles and the way of placing them were changed with respect to the inner spaces.As a result,we achieved a plan with the highest efficiency.In the same process,the exterior volume of the building was also formed in a two-way dialogue between the inner plan and the urban lines.The volume became a dialogue between the inside and outside of the project,a form affected by the interior and internal events of the building,as well as being influenced by the city and site lines.This volume,on one hand,is in the dialogue with the inner spaces and the plan, and on the other hand,it will coordinate with the city lines (kitchen section).

Scale | Texture | material
The detail was considered for creating openings to emphasize the iconic aspect of the building. Openings were created like slices from inside of a large stone as if a sculpture is forming.In this way,the project displayed itself as a sculpture in the city,with lines carved on it (openings).On the other hand,due to the location of the project in the open context of our environment,we looked at two visually different scales, the urban scale and human scale.To illustrate the small details of the sculpture,we formed a texture of irregular stones on the project.In this way,the aspect of project being iconic was carried out in both urban and human scales.The stone texture was formed by placing rocks of different width (10,20,30 and 40cm) and also having a depth on each other.

The project was seen as a white and integrated stone,as if with hammering and engraving performed on it,a sculpture was appeared in the heart of this unified stone. 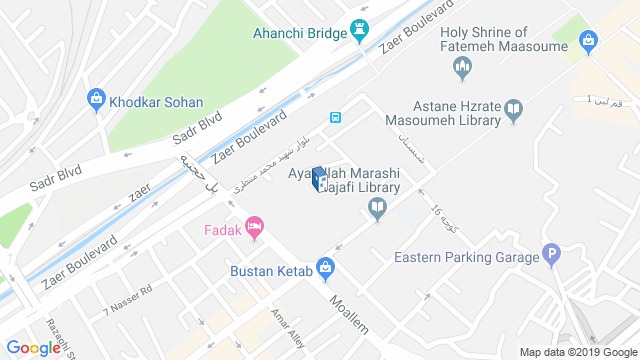 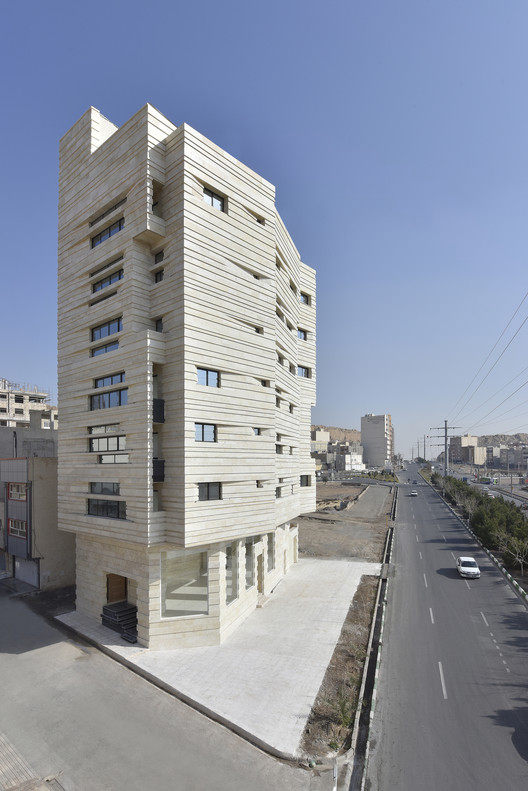