Impostor Cities, the winning pavilion entry, imagines architecture in "new modes of consumption and appreciation", taking inspiration from the country's close but hidden relationship with the film industry. Unlike cities such as London, Paris, or Mumbai, says the project brief, Canadian cities rarely represent themselves onscreen but are instead called in as urban 'body doubles'. Montreal has stood in for Paris and Washington D.C.; Toronto is regularly cast as the on-screen version of New York or Boston.

Films have such a broad cultural and social reach that they often come to dominate our collective consciousness, replacing the less-varnished facts of real life with more dramatically appealing alternatives. This, coupled with the straight-to-consumer distribution method that dominates film today, has further blurred the once-clear division between fiction and reality. As nationalist movements continue to rise in reach and significance, this blurring takes on fraught significance.

Impostor Cities will explore how Canada has so artfully stood in for other cities, challenging visitors to experience the "shock of recognition of familiar cityscapes and buildings in a film The impostor city is troublesome rather than specific, interesting rather than comfortable, diverse rather than uniform." The pavilion will mix contemporary digital storytelling methods to explore how the country's cities have been digitally transformed into so many others, with the curators arguing that the Canadian architecture has become "infamous" as a result.

The 2020 Venice Biennale will be held from 23 May to 29 November next year. It was announced in December 2018 that architect and educator Hashim Sarkis would be the curator of the biennial event exploring the many "global challenges" confronting architecture today. 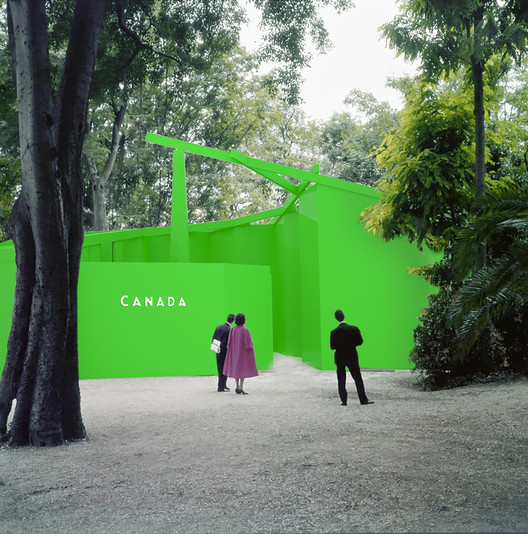