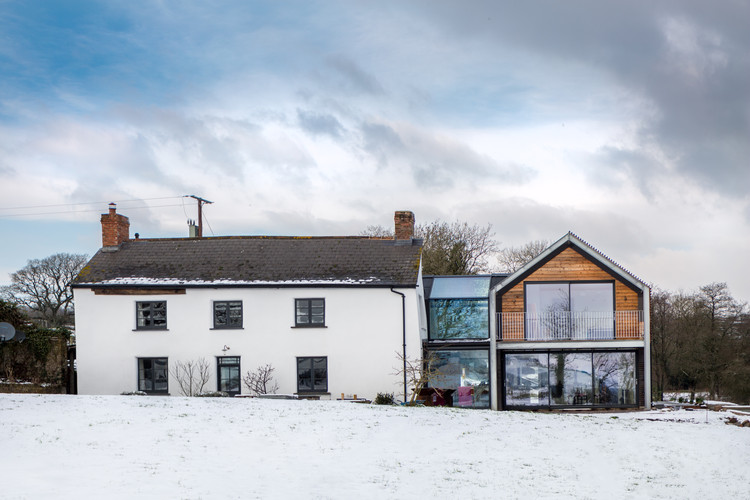 Text description provided by the architects. Ben was approached by the client Annette Moody and her husband Alan in 2013 to design an extension to their grade two listed farmhouse on a footprint part of the house originally stood on before being flattened by a very stray bomb during World War II.

At the time of submitting the plans to the local council, the client, Annette suffered a severe spinal stroke. This devastating incident left the her permanently paralysed from the neck down, with the exception of limited use of her right hand. The project was subsequently abandoned.

Two years later the client was ready to look at it again. Now faced with the prospect of spending the rest of her life in a wheelchair, an entirely new set of non-negotiable constraints were paced on the project. The redesign tackled issues of level access between the old and the new building on all floors, with lift access and exterior connections designed to allow Annette to use the whole of the building. The design was developed with Mid Devon Council and their conservation officer Paul Dadson. We also went through a series of one to one scale experiments with the client as a means of assessing comfort and accessibility. 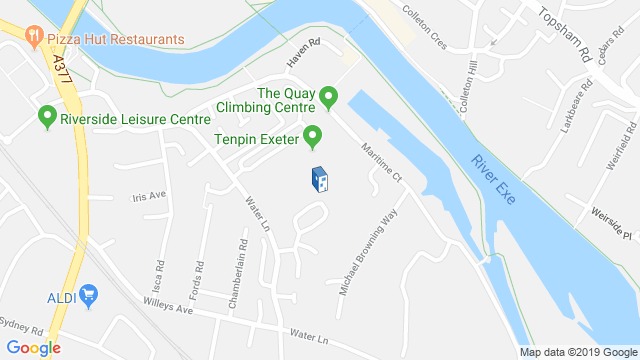 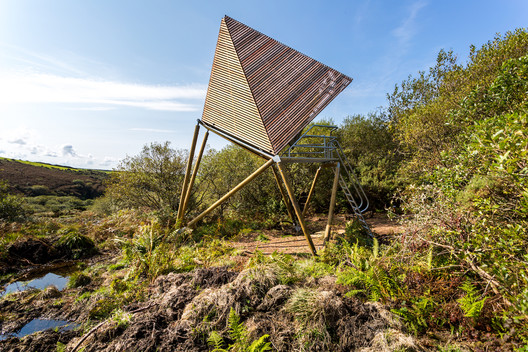