London-based artist and architectural designer Yunil Nam has developed an illustrated project inspired by Jules Verne’s science fiction novel “20,000 Leagues Under the Sea.” The project, titled “The Reef of Silence” explores a “funerary venue and coral cultivation facility within an underwater structure alongside an investigation into cultural and environmental issues in the Indian Ocean.”

The fictional scheme is designed to revitalize endangered vultures preying upon dead human bodies, alongside its religious function. The “Tectonic Vultures” burial process consists of new techniques in body decomposition such as freeze-drying and liquefaction, transforming the human body into nutrients in the form of powder or liquid. 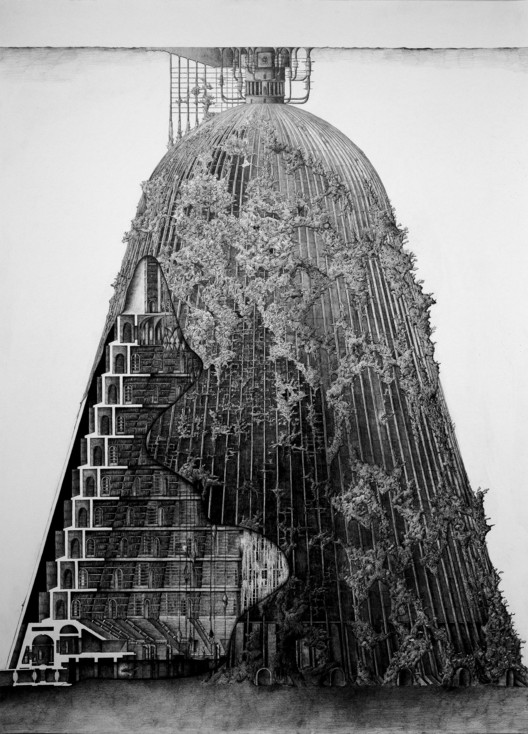 To reinvigorate marine infrastructure, the corals are fed by the vultures and gradually transplanted back into nature. While the habitation of tectonic vultures is central to the diagrammatic vehicle, a manipulated architectural skin also plays a significant role as a foundation for the coral to settle down into, and to facilitate accelerated growth. It is ultimately imagined that the entire skin will become a reef structure, establishing an underwater city for marine life.

The project has been recognized as the winner of the Jacques Rougerie Competition, and as a finalist for the KRob Drawing Competition, both in 2016. More information on the project can be found on Nam's website here.