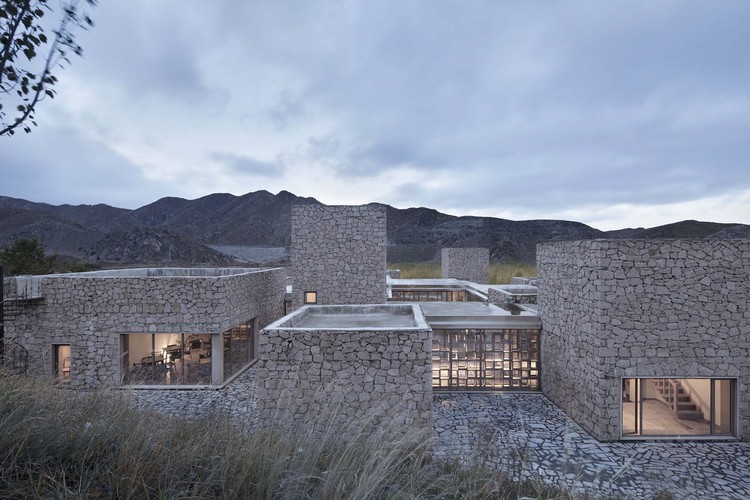 Text description provided by the architects. Redstone house is 1000 square-meters building in Baotou. It locates in a barren hill which has been badly mined, and belongs to a forest farm alongside a dry riverside. The client Jian Zhang is a local farmer who owns the forest farm. Zhang wants to use the building as a space for his “slow life”, however, it has become a popular place for local young people’s gathering once it has been completed.

The concept of Redstone House origins from its natural environment. With comprehensive considering of the requirements of the owner, advantages and disadvantages of the site, natural environment like terrain and the direction of sunlight, the layouts of the main function spaces has been defined first.

The main function spaces has been organized by the method like the corridor in Chinese traditional buildings. The complex and orderly connection spaces with public or variety and flexible uses have been formed. The Redstone House has three sets of function boxes. There are different numbers of “boxes” in each set.

The first set consists of six boxes are bedrooms,. There are four “boxes” as the second set for entertainment. The third set is for dining, there are two “boxes”. There is also an independent public “box” which is the entrance. The “boxes” are all in different size and height, corridors as public space connect the “boxes”.

When people walk through the space, the contrast makes people can not only experience the twist and the turn of the “corridor”, but can also see the surroundings. 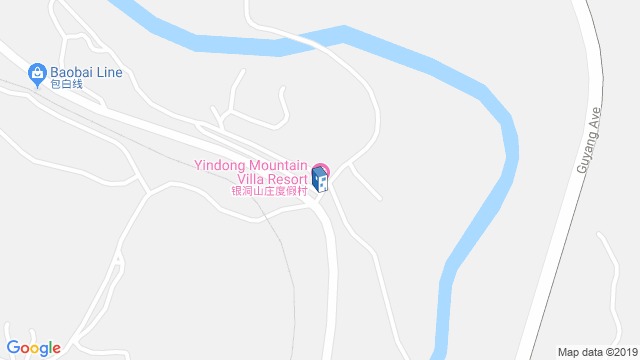 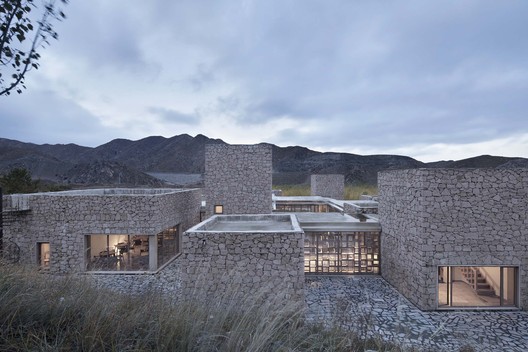