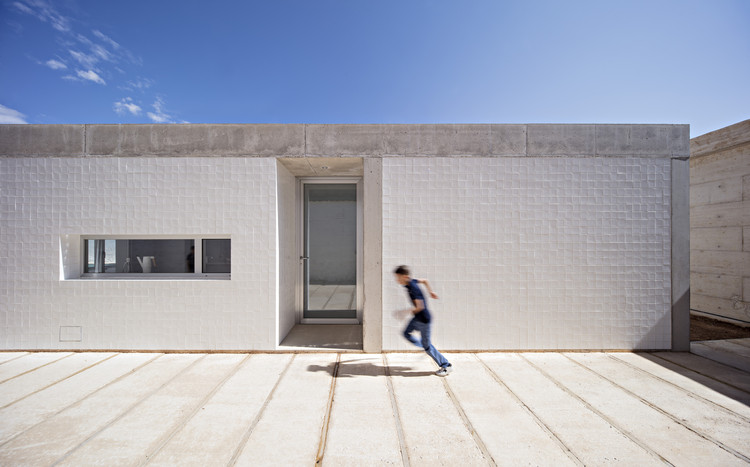 Text description provided by the architects. The House between Old Mud Walls tries to consolidate a lot which original function was that of agricultural storage. Its existing walls are part of the visual memory of the inhabitants of the small town of Malagón, in the province of Ciudad Real. The project is a new construction that considers adding value to the former walls, constructed with the system of ‘tapial’ (old mud walls), of kneaded land and stone, protected with ‘cal’.

This new construction is a simple concrete structure that shelters a more private zone, of bedrooms and services, and, other one more public, the main public room. Materials are concrete, glass, ceramic and the former old mud walls. Hereby, the memory of the old mud walls is kept and incorporated to the daily use of the new house introducing, visually, its presence to the interior of the rooms.

The concrete builds the structure. The glass generates the transparency. The old mud walls are a visual closing adding the value of the memory. Finally, the ceramic has a double function in the project. On one hand it is the finish material for the façade of the private area of the house. On the other hand it establishes a dialog with the existing material, also made out of mud, but adding the quality of the reflection. This reflection helps to catch the natural light, which will qualify the vision and texture of the old mud walls reflected on its reflective surface. Moreover, for its thermal qualities, the ceramic tiles help to mitigate the effects of the intense sunlight, typical of this area of the peninsula during the summer days, and to north face, to avoid the deterioration of the façade, because of dampness, due to the lack of solar radiation.

The rest of the construction is completed with an area of open patio, which recovers the former stoned pavement of the herrenal, and a swimming pool of new construction. 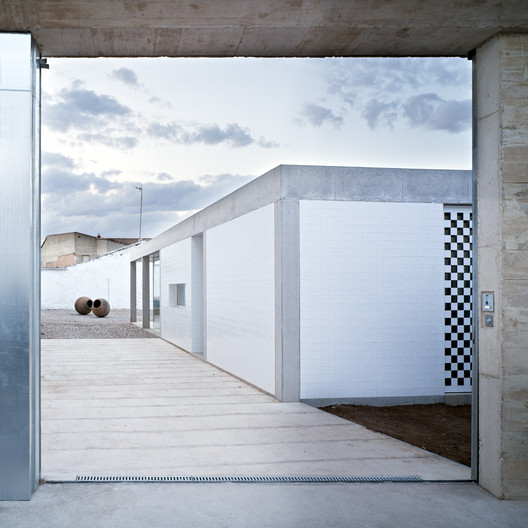