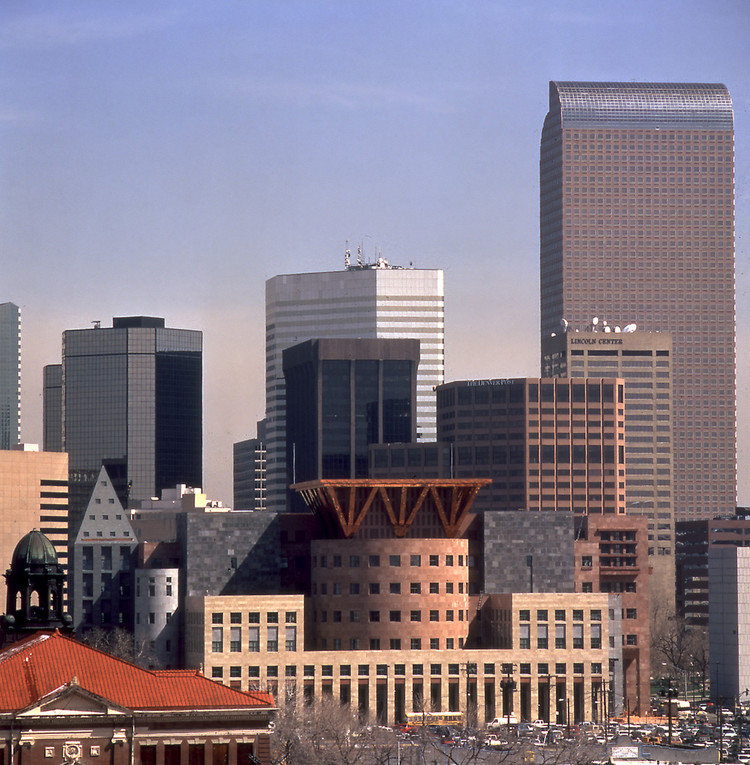 Text description provided by the architects. Michael Graves, one of the most respected and original minds of post-modern architecture, was commissioned in 1990 to renovate and design an extension to the Denver Central Library.

Sitting adjacent to Daniel Libeskind’s Denver Art Museum, the Denver Central Library stands as the 8th largest library in the United States, as well as the largest library between Chicago and Los Angeles, attracting over a million visitors each year.

The 405,000 s.f. addition to the existing library allows for the original building designed by Burnham Hoyt in 1956 to maintain its own identity.

So much so that Graves’ addition and the original library are two parts in a larger composition that are connected by a three story atrium.  The expansive atrium serves as a new main entrance that becomes the main focal point for visitor orientation and circulation to either wing of the library.

For a post-modern building, the interior of the library is fairly conservative when it comes to the decorative aesthetics.  Most of the spaces appear as traditional library spaces composed of natural wood evoking a sense of grandeur and extravagance.

Only in the reading rooms is there any trace of the post-modern aesthetic.  One begins to understand the abstracted colonnades, vaulting, and colorful painting creating more of a fun learning environment rather than a stark, serious library space.

The Denver Central Library may be one of the first library’s to function more than just a library. In addition to the extensive literary collections, the library functions as a community gathering space consisting of multipurpose rooms, meeting facilities, shops, a café, and a special “museum-like” collection on the American West.

The Denver Central Library sits affixed in Downtown Denver as not only an academic institution, but as part of a larger cultural epicenter. 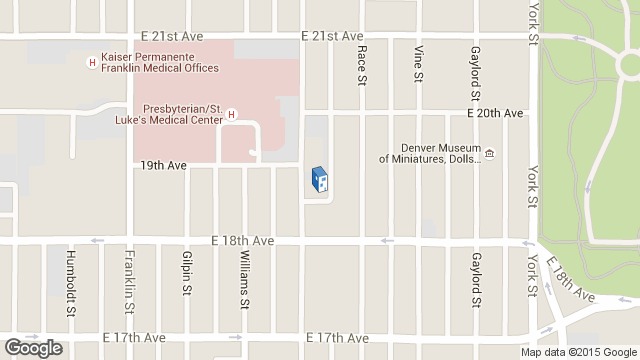 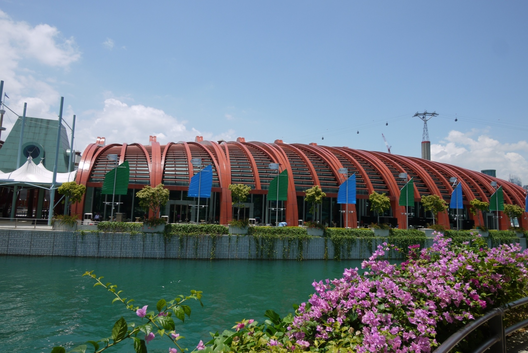