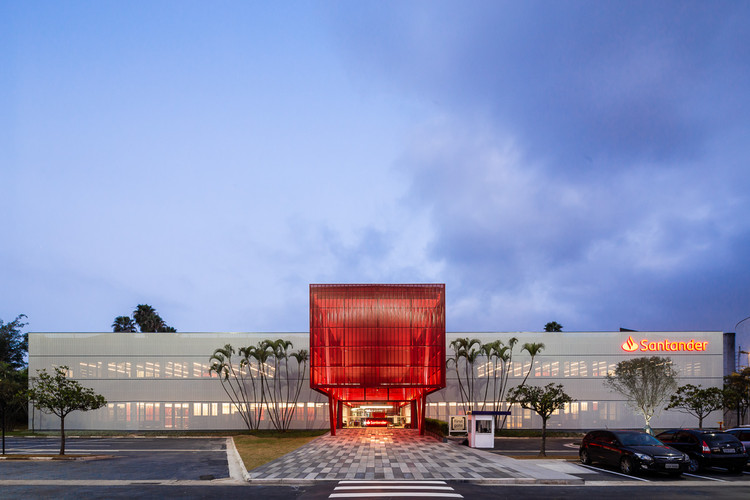 Text description provided by the architects. In an area with more than 90 thousand m², in Interlagos Avenue – SP, is located the Digital Building Santander. In this place, that has the feeling of a small city, the technological development team of the bank is reunited. The project was designed to be the stage of great innovations, in an atmosphere that transpires creativity and technology. In the Retrofit project, the “First Gate” entrance building was surrounded by a versatile metallic skin, leading employees and visitors to the new reception.

The technological vocation of the building is present in several ways. In the First Gate floor perforated metallic structures, called Clouds, make light and transparent meeting spaces that seem to float in space, creating a perfect place for faster and more informal meetings.

The lack of lining reveals the technical structures of the building, framed in a precise LED linear lighting grid. The main building, called Big Data, was completely reformulated. Many small rooms and hallways have given rise to the wide and colorful open space. The almost 8 thousand m² per floor were divided into 4 different spaces where the user navigation is guided by the chromatic palette of the brand. Colorful baffle structures guide and amuse along the way.

In addition to the two, there is also Colab, the Digital Generation building for creative laboratories. In the perimeter were also distributed the rooms called Lab. With different types of furniture and layouts that stay away from commonplace, the rooms reinforce a better interaction between employees, the new ways of working and endless possibilities of use.

The large green area and the human scale of the buildings that are a part of the Digital Santander Generation project set the tone of campus to the space. The appropriation of these areas with structures, called Plugins, that can host the development of the work, were fundamental to make the outer space more alive and dynamic. These structures are lodged along the way between the buildings of the complex and, with ideation surfaces, Wifi, and plugs, have made these spaces real meeting and outdoor living areas. 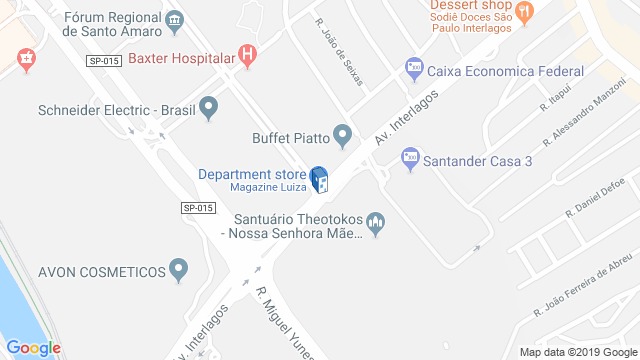