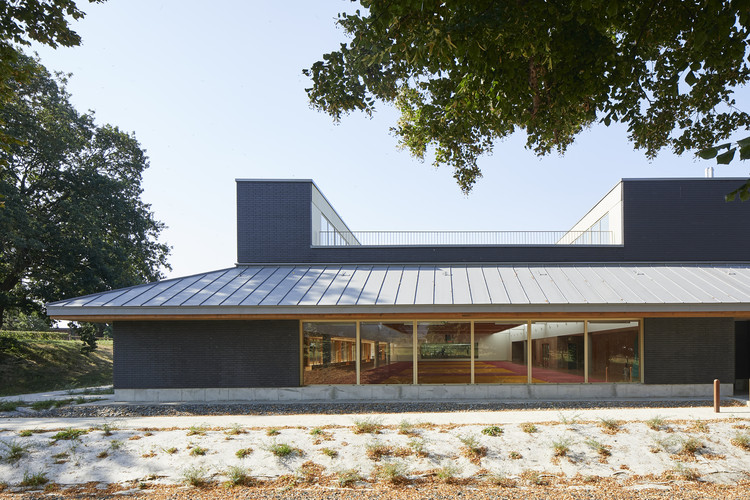 Text description provided by the architects. La Villette Sports Complex is built at the eastern entrance of Caudebec-Lès-Elbeuf in Normandy (France). The building houses the premises of two distinct sports associations: a Judo Club and an Athletic Power Club, which share Hall, Club House, Meeting Room, and various amenities, for a total of 2,340 square meters. A single pavilion houses the entire program without an obvious distinction of parts, nor a display of the interior layout. The absence of these signs benefits the sculptural expression of the volumes on the wooded grounds of the Park.

A sleek treatment that is also found in the design of the low pavilion housing under the same roof all activities. The building, sober paired with black bricks and anodized aluminum carpentry is devoid of signs indicating the nature of the whole. The whole is overhung by a zinc roof overflowing and surrounded by a large glazed gallery whose openings are lined with a wood claustra. Two longitudinal sheds built in elevation of the long sides of the sports halls capture the sun's rays. The whole, on one level, is organized around the clubhouse and the lobby serving in a row the three main volumes: the dojo, the athletic hall and the meeting space.

At man's height, the exterior wood trellises filter streaks of blonde light, echoing volumes of solid wood and laminated timber, suggesting an aesthetic similar to that of dojos and oriental martial arts halls. The symmetrical distribution of the lights provided by the sheds and the filtering of the views of the park create the desired effect of concentrating and sacralizing the interior spaces of the dojo and the athletic force hall. Something of the essentiality of the outer expression and spirituality of the interior space of Gunnar Asplund's Chapel of the Woods seemed to us to sum up the posture to adopt and to adapt to a city building. 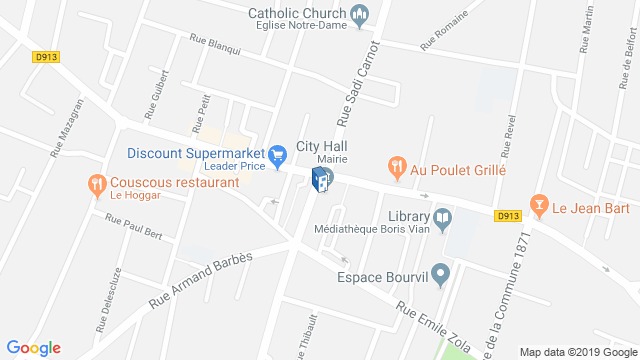 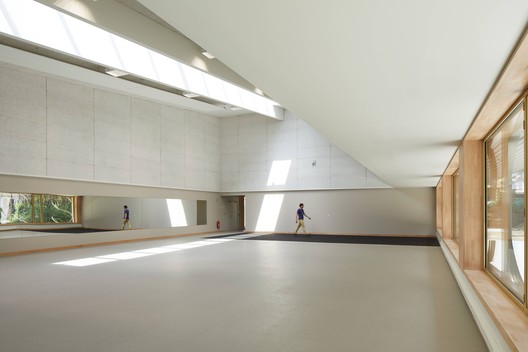