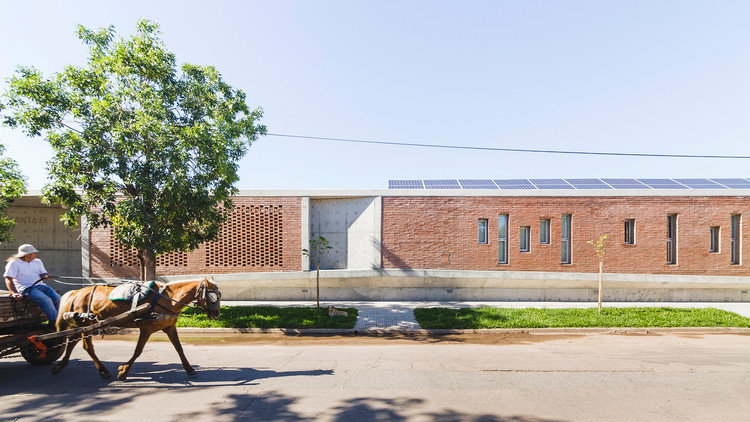 Text description provided by the architects. The Project of defense for the city of Santa Fe, is a work of importance for the Judicial Power since it is going to improve the justice service in that area of the city.

The building had to take place in a triangular terrain with particular measures, all this was shaping the final morphology of the work.

The premises for the design were that the building became a milestone in the neighborhood, reflecting a unique institutional image. Standing out for the particularity of its facade, respecting the height and materiality of the environment as well

The building functionally has a semi-covered outer hall through which you can access the interior of the building through a ramp. Inside, there is the main hall with the reception and the police guard. The different judicial offices distributed by the circulation corridor and waiting spaces, where the offices of the employees, common rooms, service areas are located.

The building has solar panels that allow the energy captured for own consumption to be used, as well as the surplus energy to be injected into the distribution lines of the Provincial Energy Company of Santa Fe. A collector for rainwater has also been designed. , this fulfills the function of retarder of the surplus of rain avoiding the expulsion of rainwater immediately to the exterior of the building, contributing to a better response of the drainage system as a whole.

A building of justice that tries to facilitate the accessibility and the approach of the citizen, improving in this way the service of justice to the community, in addition, pretends to contribute to the neighborhood equipment and the urban improvement. 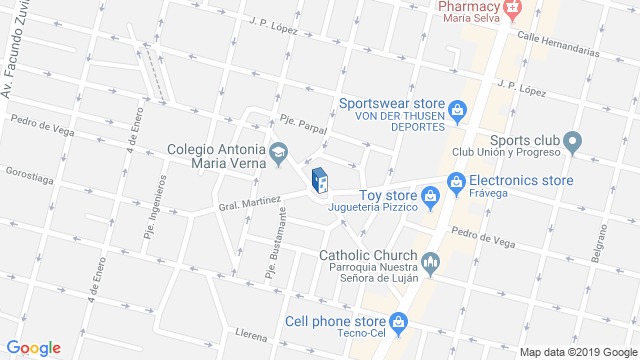