While the next edition of the Venice Biennale for Architecture is still more than a year away, the Art Biennale sister event is right around the corner. Ghana, for whom this will be their first ever foray into the major art event, has announced their pavilion lineup and designer - none other than Sir David Adjaye.

“Being able to show the diversity and creativity of Ghana on an international scale is an incredible achievement, and one which showcases the talent that we have to offer," said Adjaye in a statement. "The commitment and inspiration shown by the President in commissioning this pavilion is a testament to what our country has to offer the art community.”

The pavilion in Venice will feature a powerhouse lineup of Ghanaian artists, including curator Felicia Abban, John Akomfrah, El Anatsui, Ibrahim Mahama, Selasi Awusi Sosu, and Lynette Yiadom-Boakye. The curation/organization team is to be led by art historian and filmmaker Nana Oforiatta Ayim, curator Okwui Enwezor, and designer David Adjaye. Titled "Ghana Freedom", the pavilion will celebrate not only Ghana's six decades of independence from Britain but also an emerging golden age for the African continent at large.

“The conversation about nations is broadening in the face of issues of migrations," explained curator Nana Oforiatta Ayim to artnet. "[It is] of us redefining our connections to our diasporas throughout our ‘year of return’; of discussing what it might mean to have our cultural objects returned, and how we thus might redefine ourselves in the world; and of finally moving out of the ‘postcolonial’ moment into one we have yet to envision.” The Art Biennale will run from 11 May to 24 November in the Arsenale and Giardini of Venice.

The pavilion is likely a deeply personal project for the Adjaye who, while now based in London, spent a portion of his childhood in Ghana (he is the son of a Ghanaian diplomat.) He also has a number of major projects built or underway in the West African country, most notably the National Cathedral of Ghana. The Cathedral was a feature of the recent exhibition on the designer at London's Design Museum, which focused on how memory and identity ties into his work.

The pavilion marks yet another project in an already busy summer season for Adjaye who, on top of his work in Venice will also be collaborating with the Serpentine Galleries to curate an Augmented Reality pavilion during the Serpentine summer series and will continue working on London's first Holocaust Memorial. 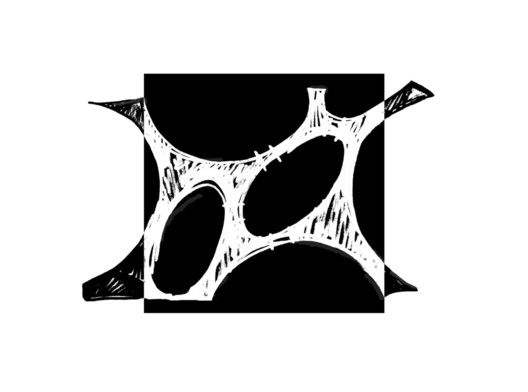