Weiss/Manfredi has unveiled their design for the re-envisioned U.S. Embassy campus in New Delhi, India. The first phase of a long-term masterplan, the scheme features a New Office Building, a support annex, and connected landscape offering a secure campus for America’s mission in India. Included in the design is the restoration of the early modernist Chancery Building by Edward Durell Stone.

As the Durell Stone-designed embassy reaches its sixtieth anniversary, the scheme offers a sustainable vision for the Embassy’s future that builds on the legacy of the historic campus to create a new foundation for American diplomacy in India.

Under the Weiss/Manfredi scheme, a tree-lined promenade links all new and existing buildings on the campus, while introducing reciprocal relationships between buildings and gardens. Evoking the Indian tradition of weaving architecture and landscape, a series of cast stone screens, canopies, reflecting pools, and garden walls create a resilient, integrated design language.

The New York-based firm was commissioned for the design of the embassy compound in 2015 by the U.S. State Department, calling for a multi-functional 28-acre campus. 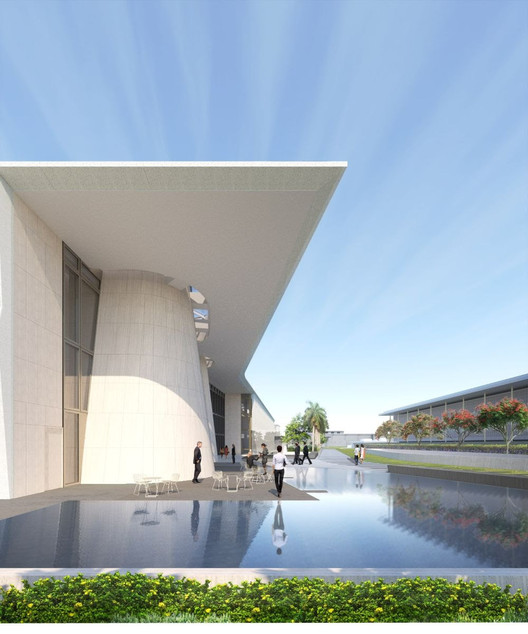