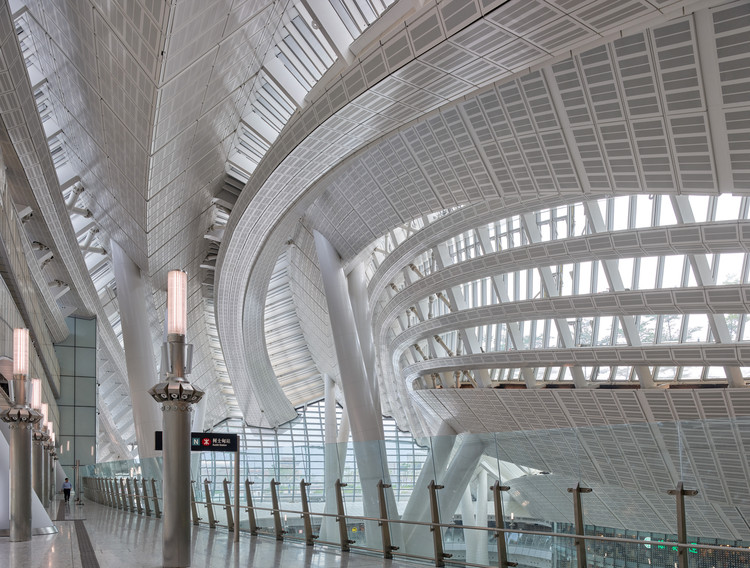 Text description provided by the architects. The brand new Hong Kong West Kowloon Station opened to the public on 23 September 2018. When fully operational, it will be one of the largest and busiest underground train stations in the world.

Serving as a new gateway to Mainland China, the new section of the Guangzhou-Shenzhen-Hong Kong high-speed rail service, which is 142 km in length, connects with the National High-speed Rail network all the way to Beijing, the length of which is more than 25,000 km. Handling passengers through border controls, this station is more akin to an airport than a mere underground train station. The approximate 400,000 square meters of usable floor area, however, ensures that the flow of the passengers is as smooth as possible.

As per the brief, the Hong Kong West Kowloon Station has a strong civic element, acting as a new landmark with an immediate sense of arrival, fit for the site’s prominence on Victoria Harbour immediately adjacent to the future West Kowloon Cultural District. The station is the first major construction project to complete in that district.

Andrew Bromberg’s design of the station introduces over 3 hectares of ‘green plaza’ to the site. The outside ground plane bows down towards the entrance, whilst the roof structure above gestures towards the sky. The resulting space is a 45-meter high volume, whose energy and focus is directed towards the south façade, Hong Kong Central skyline and Victoria Peak beyond.

People are furthermore encouraged to walk up on the station’s rooftop aligned with mature trees and shrubs and enjoy the new views and gain new connections with the city.

The interior of the hall is almost like a forest, with leaning steel columns supporting a giant floating roof and lifting up 4,000 glass panels to bring in natural daylight into the building and a glimpse of the city even from the lower levels of the station.

Unusual for the vertical city of Hong Kong, Bromberg’s design of the station is ground-hugging. The architect was keen to bring on the sense of fluidity reflecting on the idea of various forces converging on a global city. The Hong Kong West Kowloon Station’s openness and its people-centric, inclusive design will set the stage for the city’s bright and exciting future ahead.

Andrew Bromberg at Aedas says “I have been working on this station for nearly 10 years and I cannot wait to see it teeming with people. The new station is an opportunity for all people to discover new connections to the city of Hong Kong and feel part of it.” 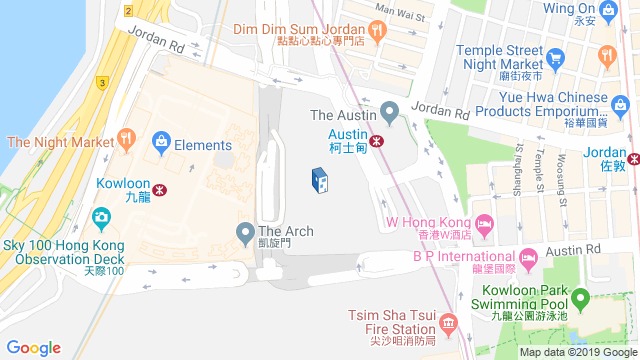 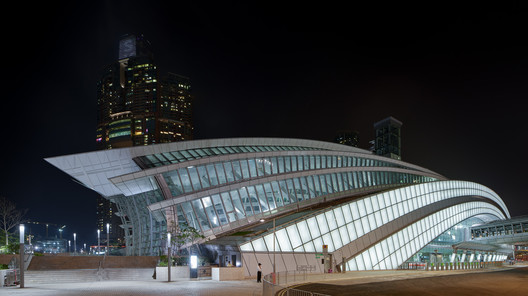 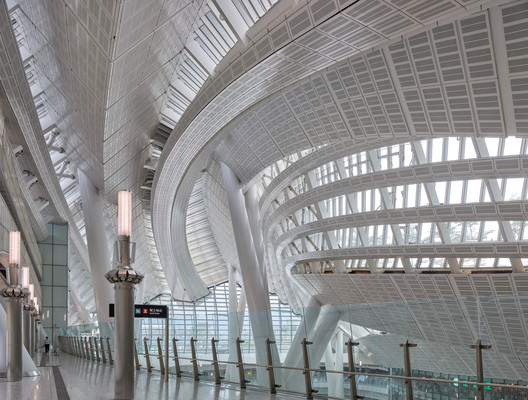