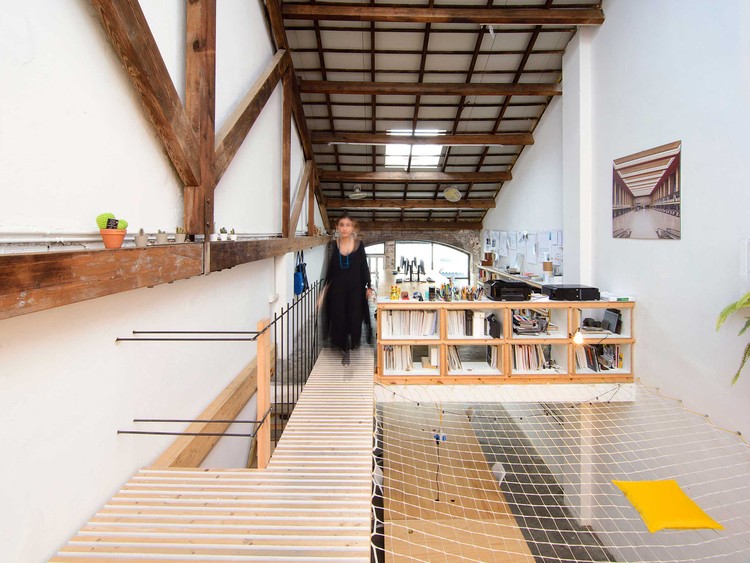 Text description provided by the architects. LoCa Studio is located in a fantastic space in one of the Barcelona centers, next to Plaza de España. The office is in an industrial warehouse that served the first Feria de Barcelona (Barcelona Fair), build for the International Exhibition of 1929.

The old industrial warehouse was shifted later to storages and today has become a complex of galleries and studios focus on art and design. One of these spaces is occupied by LoCa Studio, a little industrial building of 9m height with two mezzanine floors on the extremes that left free the middle and higher space.

The work of renovation and transformation, from its previous use as a storage, was: reconnecting the mezzanines, promote the entrance of natural light inside and kept the proportions of the original industrial space.

To succeed on this, the original container was freed taking out the original tiny distribution, the workplaces were set, the mezzanines were connected through a bridge, the façade was open taking advantage of an existing arc in the wall, a meeting room was organized downstairs in the back to capitalize its natural protection and quiet, and furniture was produced according to works in the Studio.

Works of distribution and furniture were realized mostly by two craft men: the blacksmith and the carpenter with whom hybrid solutions were shaped.

Likewise, construction elements were minimized to ease construction and reduce costs. Those were limited to T metal profile of 40mm, a wooden profile of 45mm, white melamine no treated edge of 22mm and birch plywood of 22mm.

The result is a comfortable and wide space that promotes collaboration and work between the members of the studio. The use of the mezzanines and the organization of the workstations make possible dive the team in groups and activities.In the other hand, the bridge, the double height, and the resting net generate a meeting space always present.

A central space that due to its proportions and the reduced number of members in the team, promotes the good feeling and a family feeling and close, which is the company’s core. 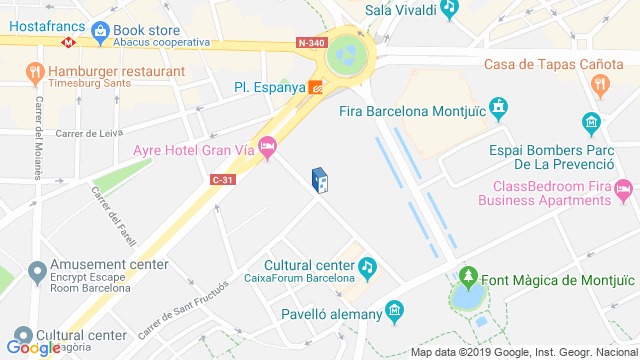 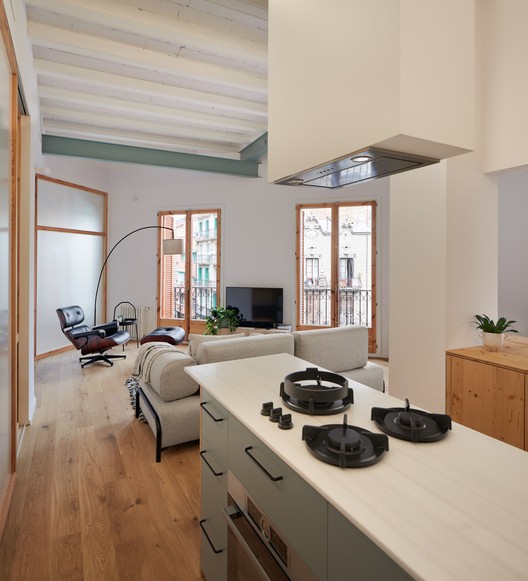 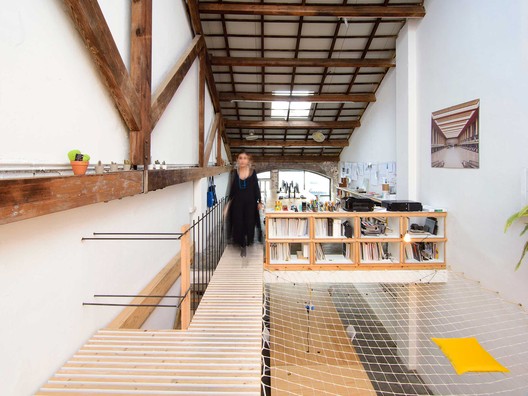