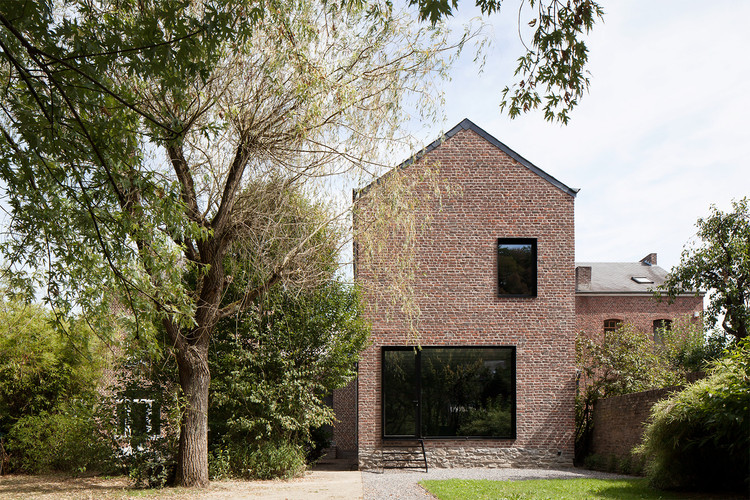 Text description provided by the architects. The brewery bottle house of the village of Jemelle is located along the Lhomme river, which winds its way between fields and forests in the natural region of Famenne. Constructed around 1895, the building was used for bottling beer and storing the necessary beer-making ingredients.
The project involves the conversion of this space to a single-family home. The challenge was to emphasize the industrial character of this place steeped in history, while providing maximum natural light for living spaces.

The interior divisions and annexes – which were added later on – were completely demolished in order to recover the original building. Only three exterior walls, as well as the brick-vaulted flooring and steel beams were preserved. But the building’s state of dilapidation made it necessary to reinforce them heavily.

Since all the building’s openings face north, and the south facade bordering the neighboring property does not allow for other windows, the west gable was fully opened up along its entire width to the ground floor to maximize the amount of light for the new residence, and create an opening giving out on to the garden. An independent ingress was also created from the side of Rue du Congo.

Two further windows were implemented in the gables – one for the upstairs bathroom, and the other facing the new staircase. The latter was opened up above an adjoining building that housed old beer-making vats.
The staircase is located in a long dark structure of 11 meters that connects all the services on the ground floor along the south facade: a fitted kitchen, wardrobes, a toilet – which is accessed through a concealed door – and all technical building services.

A range of carefully selected new materials complements the original architecture, so that the latter can clearly stands apart from new additions: gray polyurethane resin for the floor, dark MDF panels and aluminum frames with fine metal gable moldings in order to differentiate these new openings from the old windows with blue-stone sills. The worktop and brushed stainless-steel sideboard in the kitchen are reminiscent of the industrial character of the place, while old cement pavers recovered from the brewery cover the floor of the upstairs bathroom. The brick walls were painted white to reflect a maximum of light into these spaces. A calm, understated and minimal atmosphere lends this project a timeless elegance. 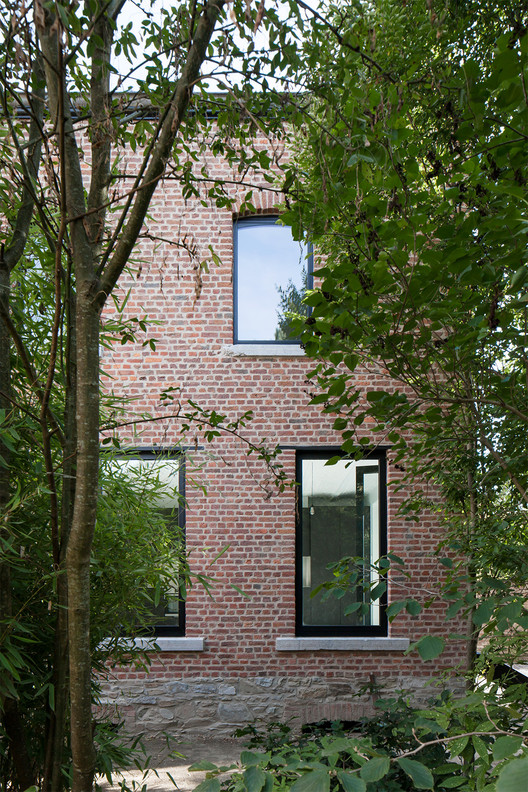 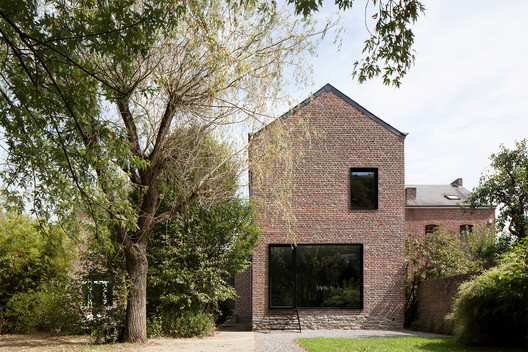