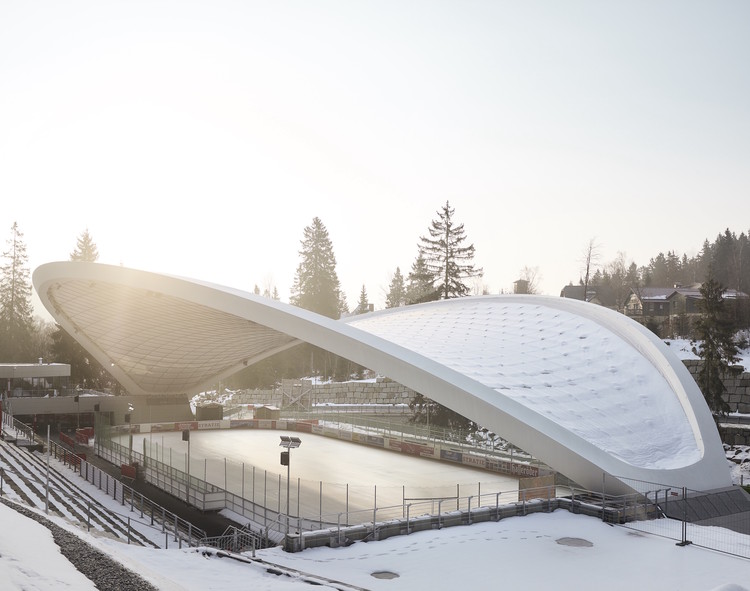 Text description provided by the architects. At the foot of the Harz Mountains, in the Schierke district belonging to Wernigerode, a historic and listed ice stadium has been renovated. In 2013, GRAFT won the European architecture tendering for the reactivation of the former natural ice stadium and convinced the jury with their unique roof construction. The task of the competition was to transform the stadium area into a multi-functional arena. Cultural as well as sport events should be possible throughout the year- independent of weather conditions. The existing natural stone terraces and the listed wooden referee tower were asked to be retained and included into the new design. Sanitary facilities, technical services, administration, and changing rooms as well as the gastronomy should find its place in two functional buildings completing the arena.

The draft by GRAFT is characterized by a roof structure that is anchored in just two points; it protects the space from rain, snow, and sunlight, but simultaneously reveals the view to the surrounding mountains and the sky above. The roof positions itself with natural lightness and elegance and merges into the landscape. The structure was developed in cooperation with Schlaich Bergermann Partner and consists of a ring in steel construction with a steel rope net covered by PTFE membrane. The roof covers an area of 2,700 square meters.

The historic stadium area transforms into a multifunctional arena presenting a highly touristic attraction. Due to the conversion measures, the arena now functions as a protected artificial ice rink in winter and a space for cultural events like concerts and theatre plays as well as sport and health events during summertime.

Two new buildings on the eastern and western side of the stadium host the gastronomic range and further functional spaces. The buildings each encompass the foundation blocks of the roof so that they are visually integrated into the structure. They strongly blend into the topography and are therefore perceived as part of the landscape. 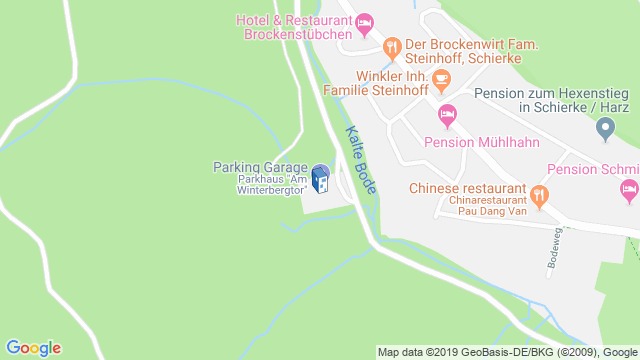 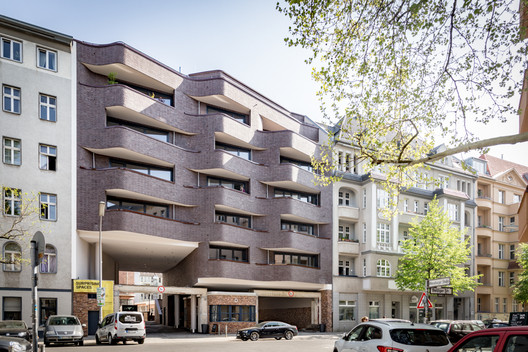 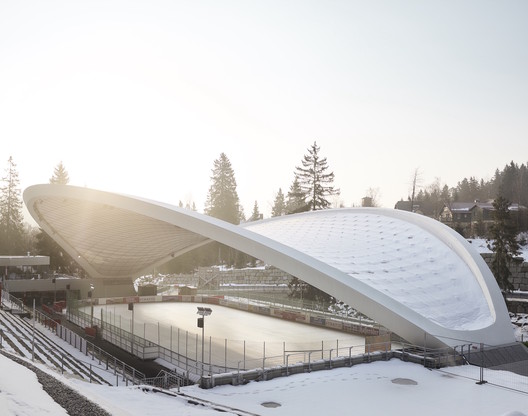