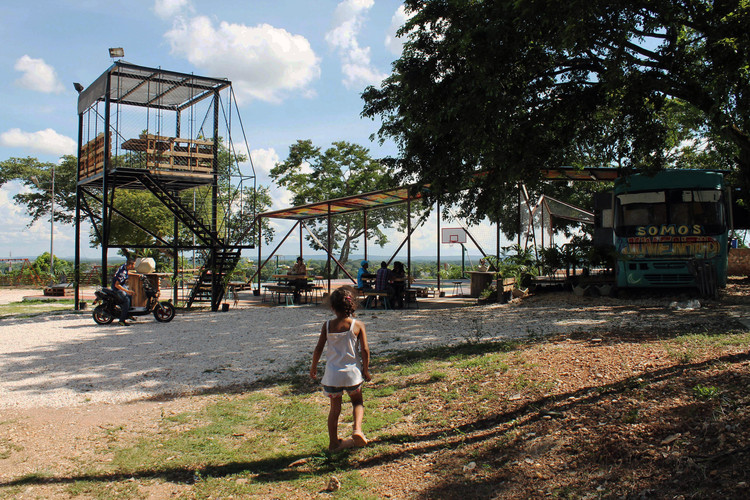 Text description provided by the architects. The intervention is located on an area of 6003 m², on Cerro San Juan, the highest point of the city of San Carlos, which is an urban and landscape landmark. The project seeks to facilitate social, cultural and economic interactions in an abandoned and obsolete space, with great views, and patrimonial and community potential.

2) Urban recycling and resource efficiency: given the insufficient seed capital, the technical team is oriented to rethink resources: human, temporary and material, finding in recycling the key to the project. The obsolete infrastructure of the former Police Club serves as a bank of materials to be recovered to plan the social and architectural strategies: with debris from an elevated tank, remains of demolitions and rocks from the excavations, the gabions are constructed for a system of terraces, an old bus converted into a food truck; the wood of a dry mahogany together with the remains of the bus, are transformed into furniture; and with profiles recovered from the metal roof, the corridor and the stairway are constructed towards the viewpoint.

3) Participatory construction for appropriation: local labor is put into value, understanding construction as a learning process: volunteering hours of social organizations are integrated into the critical route of the construction project, assigning specialized personnel to the sensitive technical tasks. Additionally, the incorporation of art as an identity-building element, through the work of urban artists who perform chromatic exercises on the bus and on the roof of the corridor on one of the diner areas, as well as on the surface of the court where the natural condition of the Cerro Mirador is used to identify the outstanding tourist spots of San Carlos. In this process, the artists, through art workshops and painting, encouraged young people, both organized and independent, to develop skills, manifested in the artistic conception of space.

4) Urban - architectural multiprogram, the presence of diverse users facilitates that the spaces designed have an inclusive character. The spatial and temporal multiprogram becomes the key to promoting active coexistence, and it is materialized in six programs: commercial program, with the food truck, which is integrated into a network of restaurants administered by the regional government, a landscape program, raising a viewpoint that allows a complete view of the city, sports program, activating a multi-court for basketball and football, health program for the elderly with machines that promote physical activity, recreational program, with the restoration of a park with playgrounds; and finally the operative program, that recovers part of the existing building for bathrooms, events, warehouse and police control point. 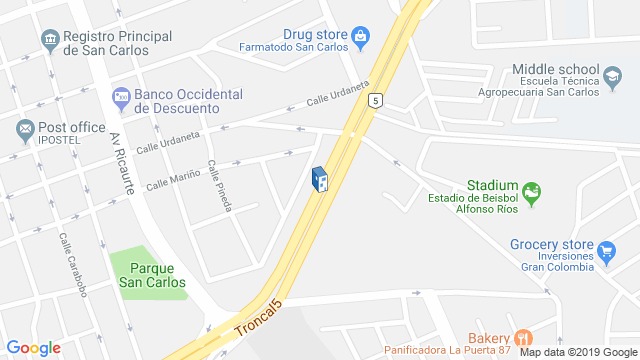