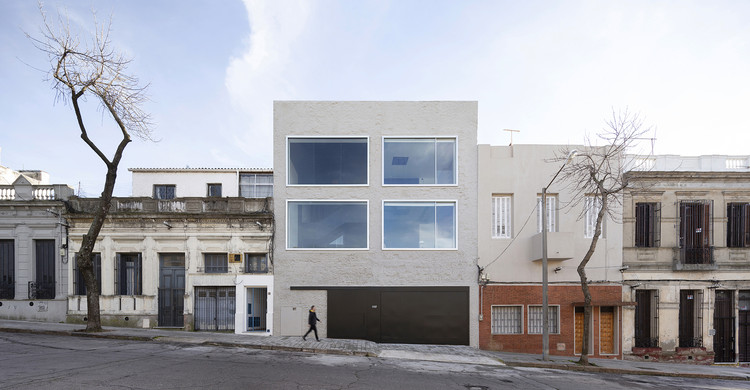 Text description provided by the architects. Aldo Rossi on its “A Scientific Autobiography” mentions the story told by the physicist Max Planck, where he explains the principle of continuity of energy. A deployed energy that remains on a potential state and that is only dissipated on the collapse.

The project is about the conversion of an industrial warehouse into an office building with the objective of continuity the previously deployed energy.

The deposit consisted of a structural grid of reinforced concrete pillars and beams which is used as frame to make place for the new purpose. Based on the grid the project consists of emptying and completing the existing structure.

The vertical dimension and the presence of black turned into the recurring topics in the project configuration.

At the access, turned into a big triple height void, the stair made of full steel and the elevator with cabin and shaft made of glass are introduced as a character that occupies the space.

For the facade it was understood pertinent resorting to windows as sustantive elements of the mostly domestic surrounding urban environment. But in order to account for the institutional use the windows are exaggerated on its proportions and placed outside the wall. 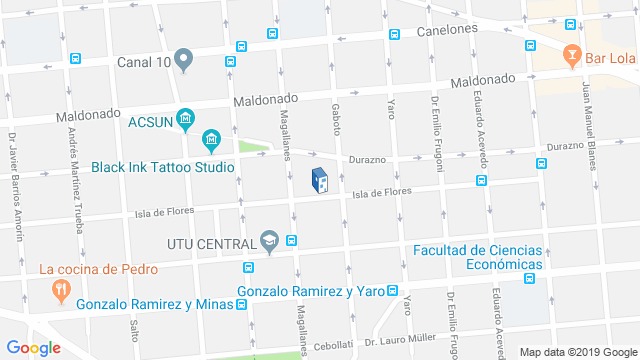