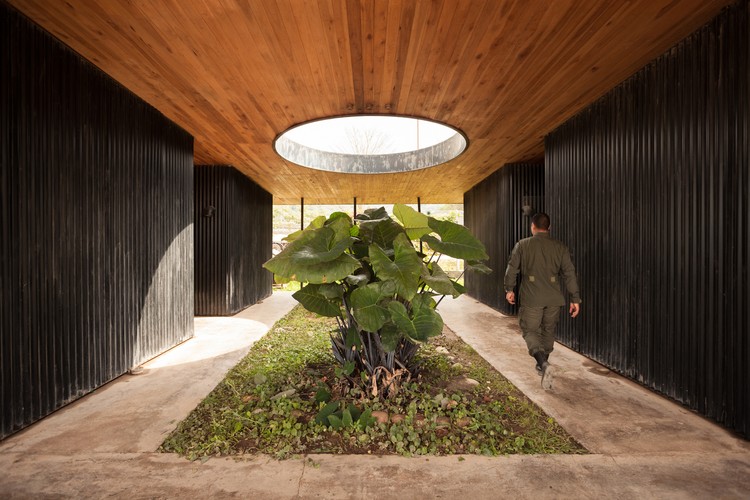 Text description provided by the architects. An area of ​​2 hectares, 5km south of the border city of Salvador Mazza, province of Salta, is the site chosen by an international transport company to locate its transshipment depots and small offices of logistics.The site is crossed on its front by the RN34, a bathed of possible floods near its bottom and a row of hills to the west, belonging to the sub-Andean sierras, which function as a backdrop controlling the visuals and prevailing winds of the zone.

Initially, the needs of the client were summarized in small offices that would function as support for the activities generated on the premises. With the advance of the talks other programmatic needs were added, which although they could share the same building, should, in some way, maintain their independence while retaining certain links.

Proposal
A longitudinal bar in front of the lot, arranged in a north / south direction, defines the appropriation of the land and the accesses to the site. Three boxes of identical dimensions (14 x 8m) with cross ventilation and floor to ceiling windows, make up the totality of the independent spaces. Four cores, located symmetrically in each of the corners of each box, confirm their autonomy when solving services. A virtual axis crosses the 3 spaces with the intention of establishing visual relationships between the enclosures.

A large continuous roof confirms the unity of the project in a single building, while extending enough to generate a long arrival gallery that almost doubles the surface of the boxes. The intention is to propose spaces for casual encounters, contemplation and solar protection. Finally, two spaces, both semi-covered and open, become two access patios, when they are perforated by an overhead oculus that functions as a spatial reference element; a focal / temporal point that frames the accesses and gives birth to 2 trees.

System (material resolution)
The use of steel frame pre-assembled system was chosen as the main technological system, because it assured us, given the impossibility of carrying out an exhaustive and in-person construction managementt, the correct execution of the project. This way almost 90% of the materials were outlined, cut, folded and sent to the place to be assembled then by local workers at certain times and stages.

The roof is resolved as a plane of single slope and free runoff, avoiding gutters and water accumulation, unfavorable in these areas where rainfalls are abundant for long periods of time. A clamped plate system allows the low slope of the roof avoiding drilling filtrations.

The walls are raised by a steel frame system with thermal insulation, covered in black corrugated steel sheet to the outside and wood planks of eucalyptus painted in white color, inside.The windows, made of natural cedar wood, ensure cross ventilation. Complemented by the use of glass in DVH, they collaborate in the conservation of the indoor climate, reducing the use of electricity for cooling. 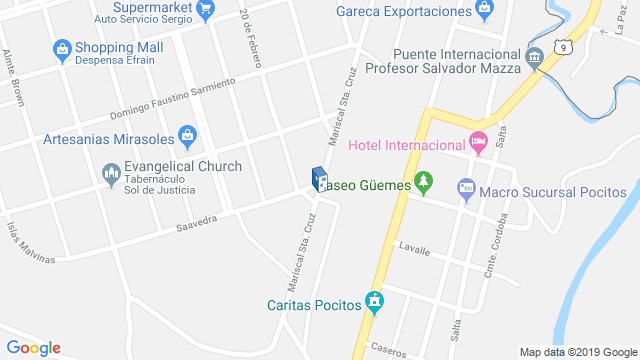 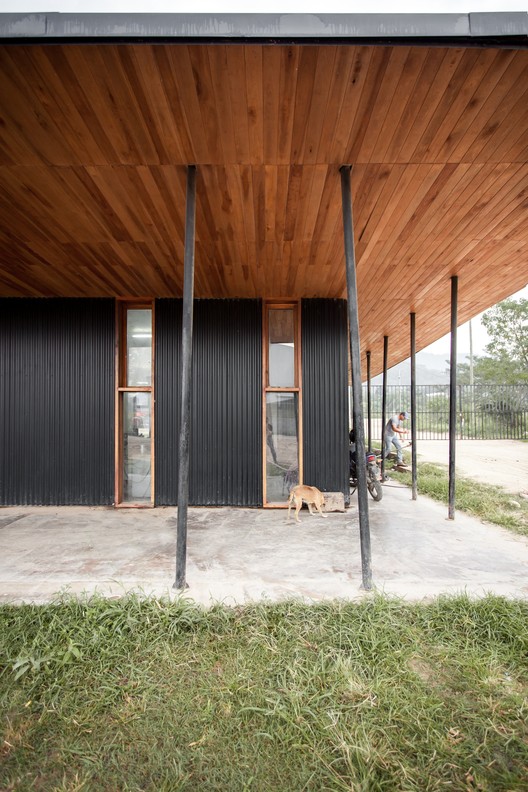