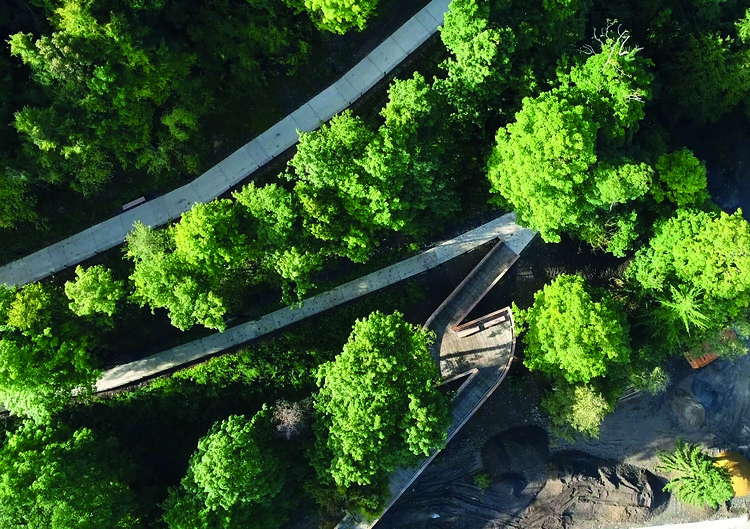 Text description provided by the architects. The city unified by the urban ramp of the open space workshop
How to connect the city center of Creil to the edge of the Oise, to a district positioned on a plateau while crossing a remarkable landscape on a vertical of 40 m? It was the challenge of this project led with determination by the team of the agency Espace Libre, landscapers and urban planners, with the support of the city of Creil.

What could have been a banal development operation turned into a real project featuring the landscape, ecosystems, views. The sensitive layout of pathways and observation platforms is part of a natural process rather than the setting up of new uses of the site.

Located north of Paris, Creil is a city that developed strongly in the post-war period by the emergence of neighborhoods characteristic of this period. A dense urban neighborhood has developed on the heights of Creil forty meters higher than the city center, cut by a wooded hillside. This spatial configuration resulted in an urban break that never allowed the inhabitants to connect the city center otherwise than by a monumental staircase.

The will to gently connect the neighborhood to the city center with the new standards related to the handicap was the opportunity to think about a global project that went through the ecological restoration of the site, the hydrographic network and endemic plant species. by a careful study of the site; an inventory of its potentialities, as well as a detailed study of the nature of the soil were conducted in order to minimize the environmental damage.

The inscription of the route should thus allow its most discreet inscription while revealing the characteristics of a remarkable landscape. This set of constraints accentuated the strength of the project, in particular by the inclusion of a footbridge at the bottom of the path, making it possible to catch up with a level coastline essential for the regulation of people with reduced mobility.

This majestic bridge is more than a hundred meters long and rises through the treetops through an English park. The belvedere at the top of the bridge is levitating and opens an exceptional point of view of the city and the Oise. The structure of the steel bridge with an oak and larch wood surround allows withstanding the vibrations and the force to the winds.

In these spaces, a signage highlights the endangered species. Their treatment favors sensitivity and sobriety, the images appear in black and white and are very enlarged to immerse themselves in the "faces" often unknown to these living species in our same ecosystem. 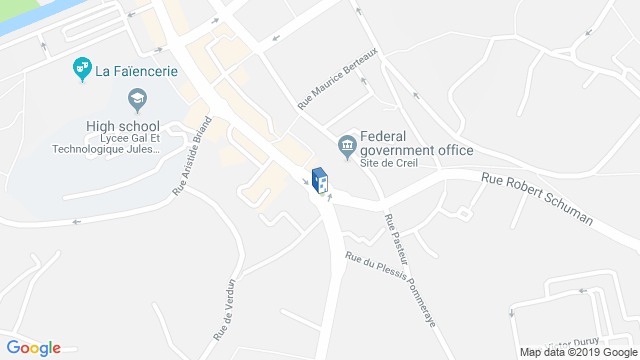 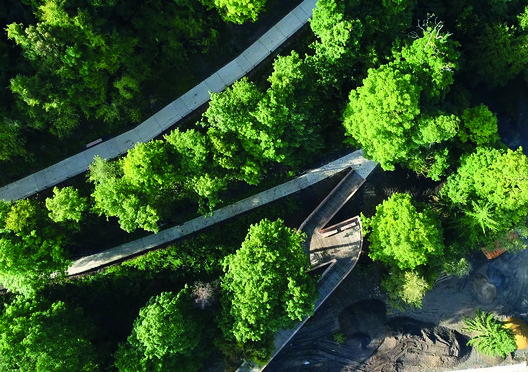