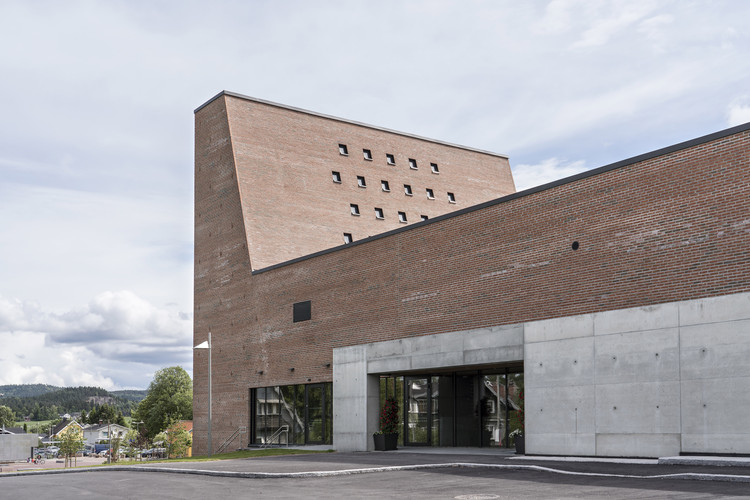 Compact, yet generous, with an ample capacity for simultaneous use.
Einar Dahle Arkitekter and Hille Melbye Arkitekter received 1st prize in the 2014 design competition for a new church and cultural center in Spikkestad, Norway. In May 2018, “Teglen” (meaning “the brick” in Norwegian) was completed and inaugurated. The building is shared in both ownership and use by state church and municipality, and embodies a consecrated church room, a neutral ceremonial room, a café, activity-rooms, administrative offices, and municipal services.

Concept
“Teglen” is conceptually perceived as a brick volume, elevated from the public town square and gently inserted into the adjacent sloping terrain. The key act of lifting the introvert ceremonial functions up over the ground floor lets the extrovert functions such as café, activity rooms and municipal services connect to the town square. With its red brick flooring, the town square connects the building with the train platforms like a “red carpet”.

The iconic east façade, the “wall of kings”, rises vertically up over the town square, establishing a clear orientation and a strong fond motif. The resulting shape of the building draws resemblance and reference to both traditional church spires and the towering brick chimneys of the Spikkestad brick factory formerly situated on the neighboring property.

Flexibility and simultaneous use
The plan concept for the upper level can be read as an interpretation of a traditional cruciform plan, or even a cross-in-square plan, where both main entrance and vertical communication is placed in the northern transept. The main body is divided into three main spaces, the consecrated church room to the east, the neutral ceremonial room to the west, and an interconnecting central space – the crossing, and separated by floor-to-ceiling oak-clad folding doors.

Along with in total eight entrances over the two levels, and a generous staircase with amphitheater connecting the levels, the organization facilitates a variety of both flexible and simultaneous uses within a compact and effective body. This addresses the multitude of challenges of the initial design program, while also expanding it with new layers of possibilities.

Light, structure, and materials
The upper volume is covered in a maintenance-free brick cladding tied to a concrete core structure. The ceremonial rooms are defined by two 3,45 meters high concrete beams that run continuously through the building. The pillars supporting the beams form the aisles in the church room and define spaces for secondary functions. The ground level is fitted with floor-to-ceiling glass in order to maximize contact with the town square, creating a seamless threshold between interior and exterior.

The ceremonial rooms are mainly naturally lit. Skylights bathe the brick walls of the aisles and the site-cast concrete of the altar wall in a soft light. Generous glassed apertures cut seamlessly through the many layers of the building´s skin and interior structure, connecting the inner spaces with the outer spaces. 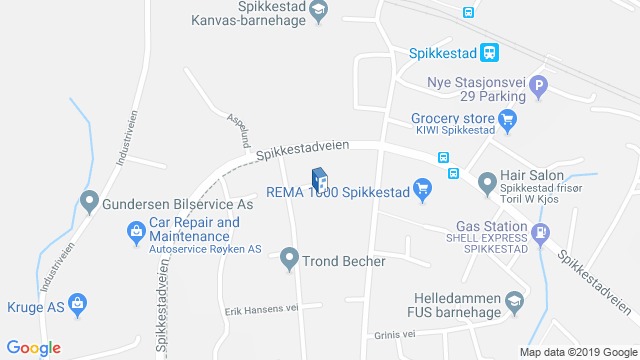 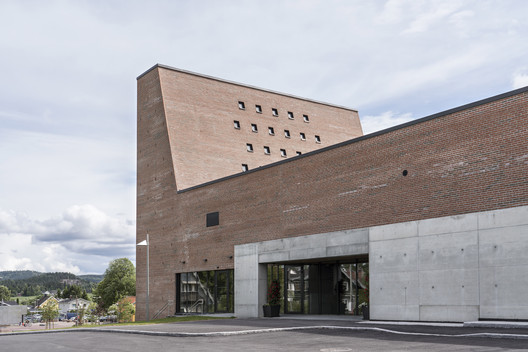