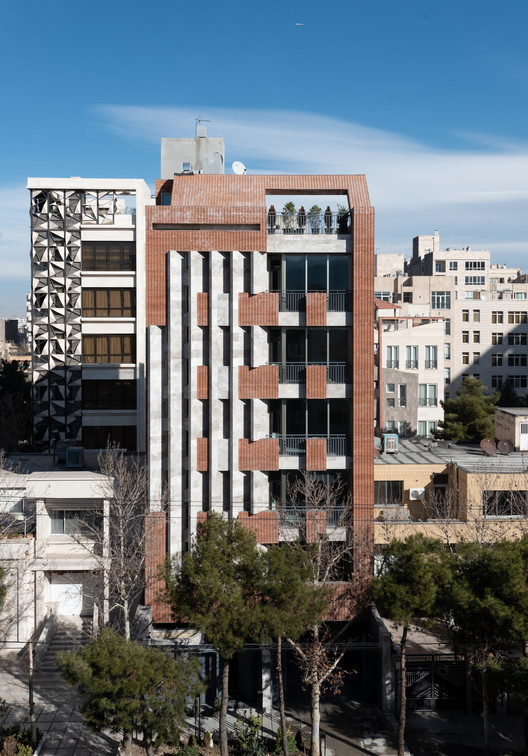 ‏The groundwork of this project is based on an attempt to revive three areas in apartment life; the yard, entrance, corridor (within the unit) and the roof. Spaces which, in spite of their importance, are overlooked due to two reasons: firstly, because in terms of functionality, they have fewer functions compared to other spaces; secondly, because (regarding the yard and roof), they are not considered as salable living space. Furthermore, when it comes to the yard and the roof, we can claim that common areas are not usually well-kept, since in small apartments it is not possible to hire a janitor. Therefore, these spaces are often dead and unusable spaces.

‏The yard and entrance:
‏Despite the fact that the entrance has always been of great importance in traditional Iranian architecture, it lacks proper planning nowadays in apartment dwellings. To solve this problem, we segregated the entrance for automobiles and for the pedestrians. Then, we change the position of the yard in the underground and formed the pedestrian entrance space, segregating the threshold in two areas as well as keeping the interaction between them.

One area standing as the visual threshold with the space and the outdoor pavement, using a glass bridge passing over the yard, reaches the second space. The second space is a semi-closed space which makes accessing vertical accsess possible. Green space, the sound of the water whirling (flowing from under the entrance to the whirlpool in the yard) and being placed in a vertical axis are among the qualitative elements of the building. Furthermore, moving the yard to the underground has made supplying light, view and natural ventilation for a multipurpose salon possible; a salon for sports, reception and so on, which is considered a common area in the building.

Roof:
‏The roofs of Buildings with a small living area usually face this challenge that building green space and maintaining it is not economically justified. Furthermore, not having a single custodian leads to a gradual destruction of these places. Therefore, we decided to divide the roof space into two sections: one part for building installations accessible to all apartment units and the other, a yard adorned with vases and a place for sitting, which is accessible exclusively to the fifth unit, with an separate access from within the unit. This approach taken, the different quality of the fifth unit by using a skylight and taking proper care of the roof can be guaranteed.

‏The corridor:
‏For the corridors within the units not to be only a passageway, a functional, linear space has been placed between the living room and the rooms so that it can guarantee the privacy of the rooms and make up for the lack of laundry rooms in small buildings. Placing washing machines and related appliances, the ironing board and closets for keeping necessary items for living in a one hundred and fifty meters apartment in this space, has turned the corridor into a multipurpose space. 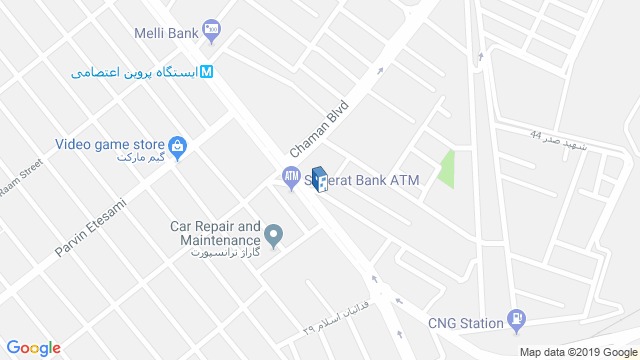