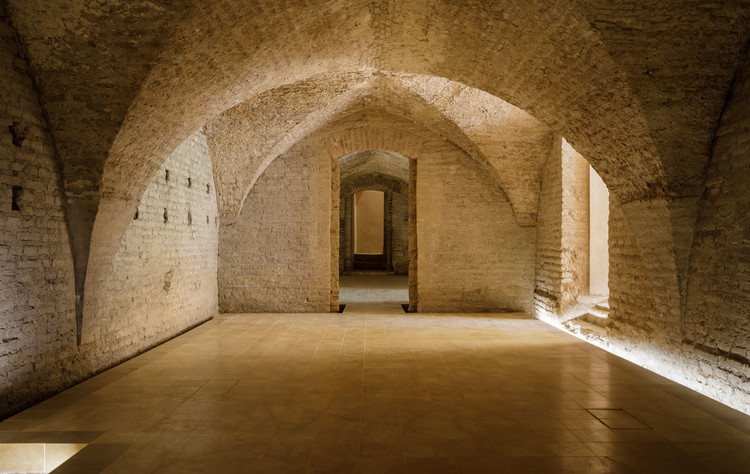 Text description provided by the architects. The proposal contemplates the refurbishment of the basement spaces of the Palacio del Rey don Pedro with the aim of welcoming in the near future a selection of pieces of different types belonging to the archaeological collection of the Alcázar, the result of the research carried out in the last years. The construction of the Mudéjar Palace supposes the destruction of previous Almohad buildings, including the southern wall of the complex that, partially dismantled, serves as a containment to the ground levels. On this front, the building exceeds the limits of the Islamic precinct and saves through a basal body the variable unevenness existing with the old orchards and corrals -current gardens- located outside the walls, constructing the sequence of vaulted spaces that are the object of the present action.

It will be at the end of the XVI century - during the reign of Felipe II - when the most significant transformation of these spaces takes place, modifying its initial storage function or cellar for a more playful use intensely linked with the Renaissance gardens. This operation, which was part of a general reorganization and reorganization of the entire sector of the west gardens and Huerta de la Alcoba, involved the reform of the primitive holes -perforations of small dimension, like loopholes- by larger holes that made possible a more fluid connection with the exterior, improving the ventilation of the ships. Subsequently, the space returns to secondary or service functions until its recent use as a collection or service area. At the beginning of the 20th century it received the contribution of rubble and other materials that raise its level of pavement, which has allowed, after its archaeological excavation, the recovery of a lower band of original coatings.

The basement is currently a valuable and hidden container, essential to understand the construction of the Mudéjar Palace and its relationship with the gardens and historic gardens over time. The practical absence of coatings allows the vision of the rich textures of its Mudejar brick factories, meticulously consolidated and restored during the works. The heritage quality of the container directs the design effort to the recovery of walls and vaults and the execution of a new floor that is superimposed or floats on the original levels, a technical surface that hides the necessary facilities to condition the spaces and adapt them to the visit public.

This unitary plane of amber cream natural stone of small format and neutral tone, is removed on the perimeter to reveal the original remains of floors and baseboards. The recovery and restoration of the existing gaps establishes conceptual ties with the intervention carried out in the 16th century in which the relationship of the buildings with the gardens intensifies. The natural lighting of the rooms through said openings - now glazed - is complemented by an indirect system directed towards the coatings preserved at the base of the walls, generating a warm and enveloping atmosphere, integrating the new pavement with the historic factories. 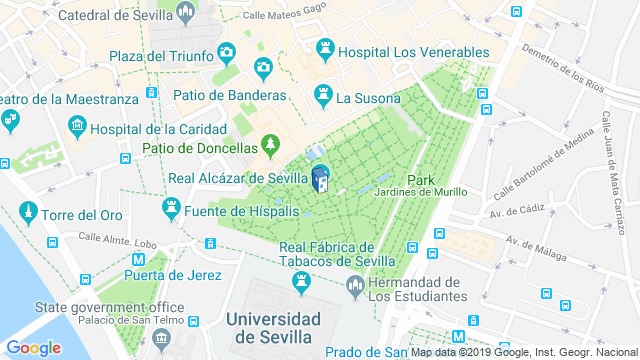 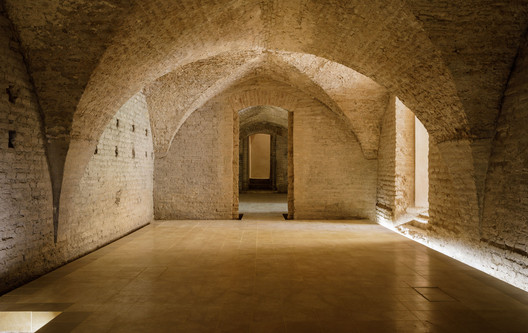