Australian practices NAAU and Enlocus have designed a plan to transform the mining town of Jabiru in Kakadu National Park into a tourism destination. The Gundjeihmi Aboriginal Corporation will receive $446 million in funding to support the project, setting out a vision for the future of the town following the scheduled closure of the nearby Ranger uranium mine in 2021. The plan includes new accommodation, education and health services, and a World Heritage Interpretation Center. 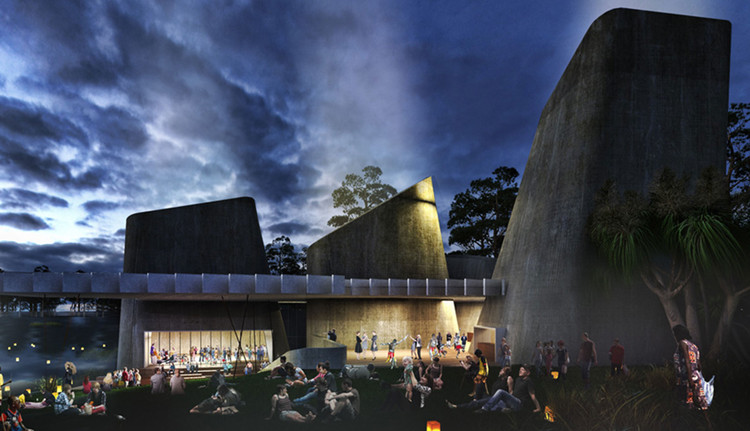 The design team worked with the Mirarr people to create a plan that would revitalize the town around a recreated wetland and rehabilitated lake. The new World Heritage center would be sited at the edge of the lake and connect to the broader landscape through boardwalks, lookouts and paths. The architectural forms emerge from the Jabiru landscape like the Kakadu escarpment emerging from the wetlands, and will feature rammed earth walls. The project aims to encourage more visitors to the park while supporting the economic future of Jabiru and its residents in the face of the Ranger mine’s closure. Jabiru and surrounding areas were returned to the Mirarr people in 2013.

The federal government said it now seeks to finalize the funding deal by entering into a Memorandum of Understanding with the NT Government, Energy Resources of Australia, and the Gundjeihmi Aboriginal Corporation. 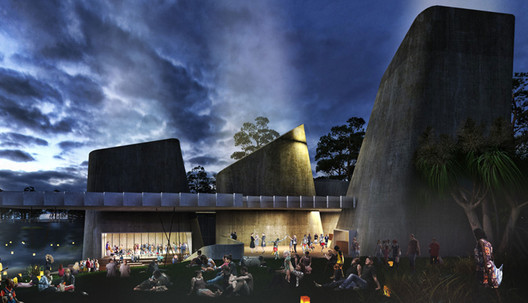