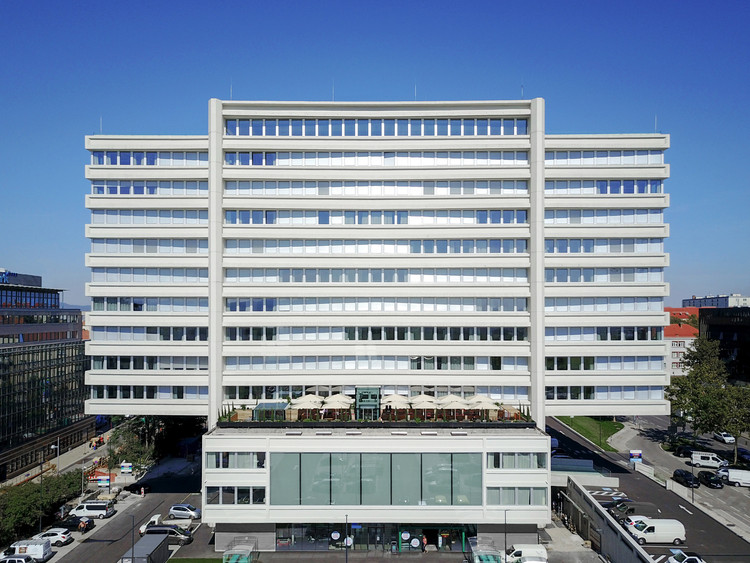 Text description provided by the architects. Philips Haus – an icon of 1960s modernism – forms a welcoming gesture on the southern entrance to the city of Vienna. Although dwarfed by nearby Wienerberg City, it continues to make an impact more than fifty years after its completion. Its shape and anatomy remain distinctively unique, leaving behind an architectural afterglow in the eyes of the thousands of motorists that drive by every day. Philips Haus still conveys the visionary spirit of its designer, renowned Viennese architect Karl Schwanzer.

Originally conceived as the Austrian headquarters of Philips, it was opened in April 1965, after 4 years of construction starting in late 1961. Philips Haus showcases a particularly unique construction. It rests on 4 slender reinforced concrete pylons, prominently visible on its facades. Between those – and cantilevering beyond them considerably – span more than 70 meters long prestressed concrete beams. Two per floor spaced 14m deep, connected by a minimized secondary floor and beam construction. As a result, the individual floors seem to rest between the primary pylons like a stack of shelves inserted through a pair of ladders. The center span of the longitudinal beams measures 39 meters, with its cantilevers 16 meters on each side. A 76-meter-long, three-story podium, sits off-center underneath the high-rise slab. Both volumes are interconnected through a shared vertical circulation core.

Approximately 50m in height, the building is a masterpiece of structural engineering. Responsible for its structure was legendary Austrian engineer Robert Krapfenbauer in cooperation with the Munich fi rm Dyckerhoff & Widmann. A column-free plan allowed for the first open-space offices in Austria in the 1960s, and today provided an ideal starting point for a sustainable refurbishment of the Philips Haus. Its open, interrupted layout facilitated a great variety of adaptations: from loft to micro-apartment, all possibilities for conversion into contemporary forms of housing could be exploited. The result might be called a ‘vertical village’, composed of serviced apartments, supermarkets, restaurants, fitness club, parking, and a future connection to the new U2 underground metro line.

Nine standard floors of the high-rise contain 135 serviced apartments which range in size from 30 to 46 m2. As future investments they are not intended for immediate personal use but will be rented on a daily to monthly basis, fully furnished and supported by hotel-like infrastructure. Every apartment affords impressive views over the city, or southward across Lower Austria and to the Schneeberg. A truly magnificent 360° vista can be experienced from the 12th-floor penthouse.

Revitalization of the building was carried out in close coordination with the historic preservation authorities, as since 2010 the façade, structure, and circulation cores had become registered monuments. Reconstruction of the aluminum ribbon windows received particular attention and was a subtle reinterpretation of Schwanzer’s original façade from the 1960s – which did not survive into the 21st century and had been replaced a few times.

A terrain modification from the 90ies could be undone, and the southern side re-established with its landmark panoramic window. Hence the podium would again – as intended by Karl Schwanzer – appear to be hovering above a slight setback ground floor. Philips Haus became PhilsPlace, and thus - not least through its name - the original concepts and spirit of the building live on. 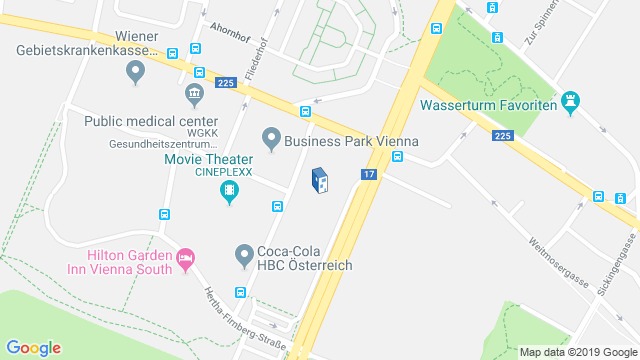 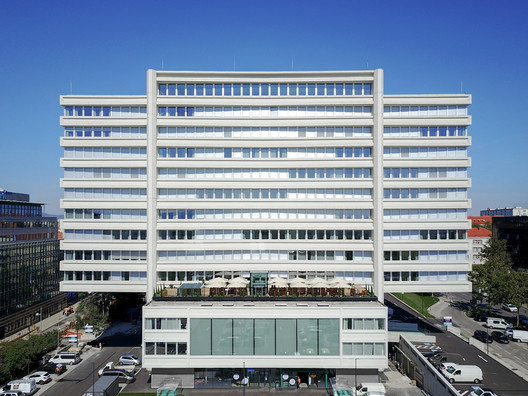