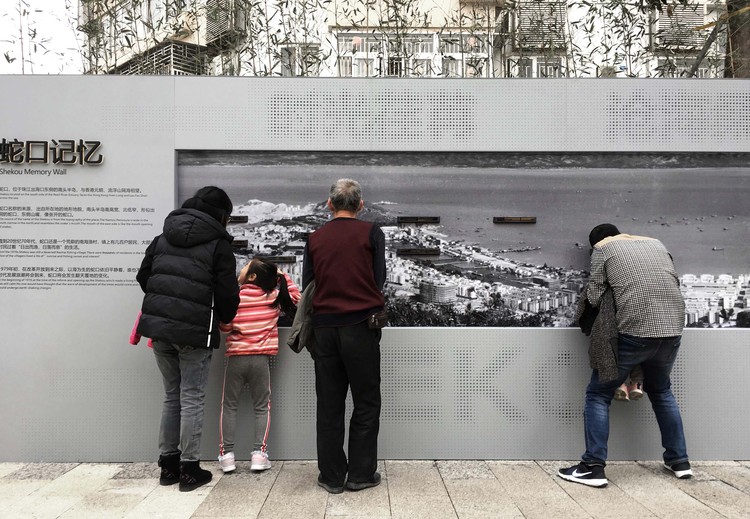 Text description provided by the architects. Shekou Memory Wall is a device of time placed in the Shekou Theater Square. Being the client of the project, the Shekou Street Office requested a renovation of the original two embossed walls, hoping to reactivate people’s memory of the history of Shekou.

Urban public space in aging
For more than 40 years, the achievements of reform and development in Shenzhen have attracted worldwide attention. During the rapid development of urban construction in Shenzhen, local villages were gradually vanishing and turned into concrete jungles, and eventually disappeared.

Shekou, only 12 square kilometers of land in Shenzhen, is the earliest place of China's reform and opening up. It is the epitome of China's 40 years of reform. After years and years of urbanization, Shekou has changed from an unknown small fishing village into a densely populated coastal urban center. At the same time, the old city of Shekou is gradually facing the problem of aging and insufficient public spaces.

The theater square and disappearing coastline
The Shekou Theater Square, built in the late 1980s, has been a most important cultural square of the block and the center of public life for local residents. After 30 years of development, and as migrants continued to flood, the streets have become more and more crowded. The squares are no longer able to meet people’s needs for public space.

With the Reform and Opening-up, the influx of migrants, the city has developed rapidly. In the mean time, the coastline of Shekou was also expanded due to land reclamation. The original natural coastline gradually disappeared, as well as the traditional village culture and landscape.

Design concept
Unlike traditional cultural walls which are accepted passively, the image box of Shekou Memory Wall retains the gradually fading local cultural memory through text and images, and tries the pattern of “curiosity and snooping” to let passers-by inadvertently explore and find the memory that belongs to Shekou.

On the coastal changes map, the wall surface depicts the change of the Shenzhen coastline from 1980 to 2010 through a gradual aperture punching plate. In the night, the light passes through the perforated plate to illuminate the texture of the coastline.

Time scale，the scale line of the time is established on the ground. One scale unit represents one year. The Shekou coast transition map is connected with the Shekou memory wall to provide casual stories for passers-by.

Shekou memory wall，by embedding text and old photo image boxes in the wall, you can use the image box that is slightly convex on the wall to allow passers-by to actively explore the historical scene of Shekou. 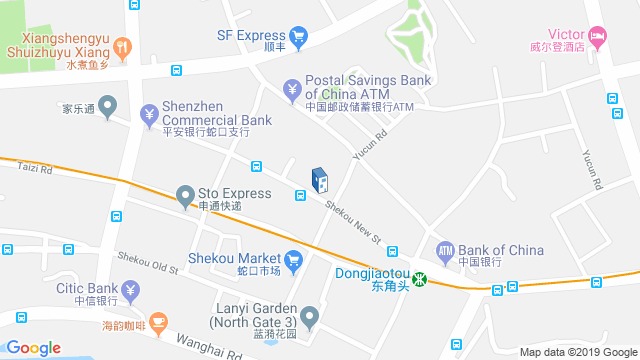 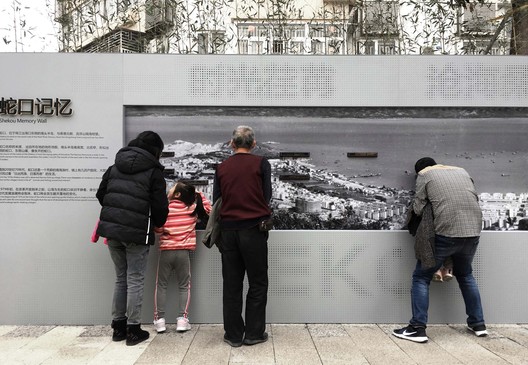