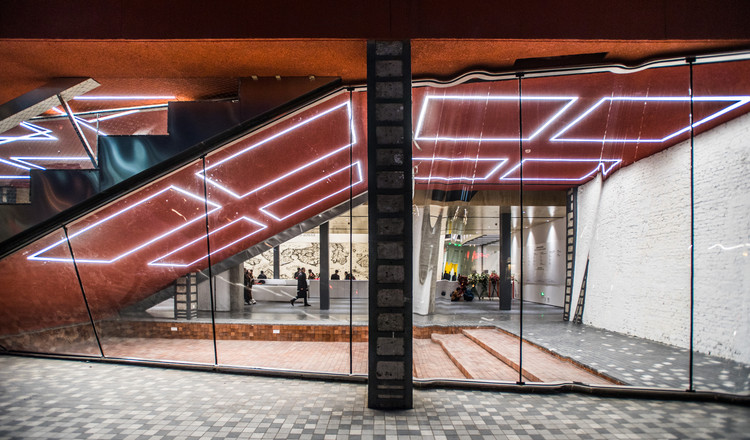 Text description provided by the architects. UCCA Center for Contemporary Art was China’s first private museum for contemporary art, founded in 2007 at the heart of the 798 art district in Beijing with the aim to bring Chinese art into global dialogue. Following the center’s internal restructuring in 2017, OMA’s renovation project seeks to give this internationally renowned institution the public image and visual identity it deserves.

To re-conceptualize its spatial interface with the public, the renovation features a band of curvilinear glass façade wrapping around the museum store, the grand entrance lobby and a small café on the ground floor, uncovering the exhibition halls beyond. The design reinstates the clear difference in spatial qualities between the existing buildings: two 1950s factory halls and the red Slab, a former administrative building from the 1970s, and visually reconnects UCCA’s interior to the 798 art district.

The development of UCCA and Beijing’s 798 district are closely intertwined. A former industrial complex of electronic appliances, 798 gained momentum as an art district during the 90s owing to its large industrial spaces and affordable rent. Since UCCA opened its doors in 2007 to the public, the economic boom in China has brought new funding and international recognition to the area. Lacking an overall masterplan, the art district has gradually morphed into an ensemble of disparate architectural and programmatic elements, with ad hoc rehabilitations and patchwork renovations.

Within this context, OMA sought instead to create an image of openness and clarity for the new entrance sequence that starts below the red 1970s administrative slab building. Columns and cores remain, while a thin layer of glass elegantly curves and folds around them; not as a traditional flat storefront but as an experiment on different ‘imperfections’ of glass: corrugations, creases, bulges and bends enacting the internal strength of the material and unravelling waves of visual illusions.

The façade reveals a clear sequence of spatial bands: the new navigation leads from a large landscaped forecourt through the colonnaded space under the slab, passing the alley between the slab and main hall over the aisle underneath a mezzanine floor and through the ‘nave’ of the main hall, to the existing galleries, and ending at the Great Hall. 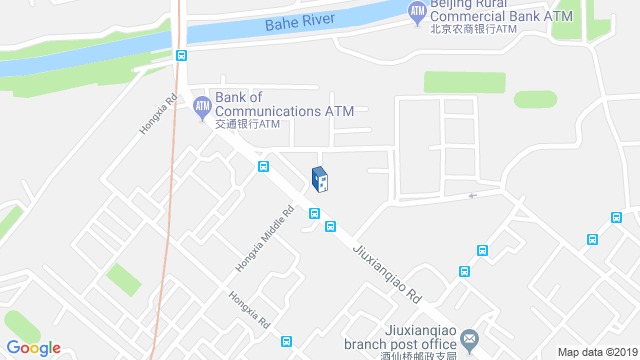 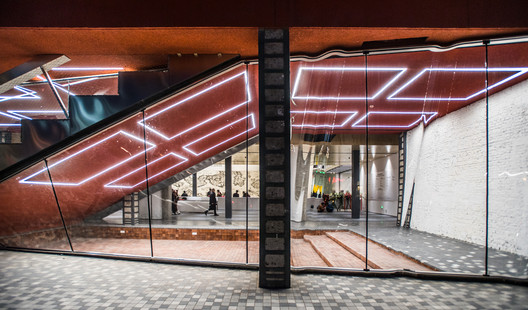