Architecture of City
Urbanization of Architecture
The role of the urban complex in cities is similar to that of catalysts in chemistry. It is shaped by the city, and in turn, has an impact on the development and construction of the city. There exists an integrated relationship between infiltration, continuity, and conformity between cities and buildings.

The project is located in the center of new city agglomeration on the east side of Guanghua Avenue, Qingyang District, western Chengdu. As one of the six ten-billion business districts planned by the Chengdu municipal government, it is also one of the 19 regional business centers in the overall layout of a commercial network in the central city of Chengdu.

The spatial structure system of the complex is a relatively independent and complete functional system with complementary promoting effects among its internal functions. Its functional spaces are closely linked in the horizontal and vertical directions in a diversified layout, which is reflected in the mixed layout of business, leisure, service and hotel functions, making it a microcosm of a city and a one-stop highly complex dynamic space.

Open Form
Integrated Design
Urbanized architecture blurs the boundary between cities and architectures, and forms an open TOD business ecosystem by creating outdoor space inside the building. Many branches spread out along the main streets, forming a network structure. The subway stations, street corners, and hospitals that seamlessly connect with the surrounding areas can form a planning sequence, reflecting the openness and integrity of architecture, thus affecting and driving the development of the region and ensuring the overall promotion of the value and image of the region.

Juxtaposition of Staggered Space
Aggregation of Complicated Forms
Fuzzy boundaries of public space come from two aspects in this project: the infiltration of indoor and outdoor space and the enhancement of functional continuity. The vertical superposition of many different spatial systems promotes the interweaving and infiltration of urban space and architectural space.

Different architectural spaces are linked together via atrium, inner street, outer corridor, square and so on, eventually forming a more complicated form aggregation. There are many public behaviors that are interrelated inside the complex commercial district, where they promote, stimulate and even depend on each other.

The sidewalk bridge lounge linked with the building volume will create a unique and vivid communication space and improve its accessibility. The paths no longer appear in a linear way, but alternate and juxtapose in space; the direction of motion is random, and there is no certain streamline. Non-linear traffic space connects spatial nodes and three-dimensional public space in series, forming a public space network and creating overall mobility.

It stimulates the linkage of people to flow in the block in a more active manner via the east-west streamline connection of the project land, realizing the original intention of “open business center” in this case in the drop-off area (building entrance) and the surrounding environment. In the transition between urban space and internal space of buildings, it serves as a buffer space for the two space systems. Excellent external space design can realize the guidance of people flow and the hint of space, keeping interacting between the internal and external space and increasing the interest of space.

Shaping Building Block
Outlining Architectural Texture
In order to eliminate the pressure on people caused by building blocks, the design methods of addition and subtraction are used to create a space strewn at random with proper density. Diversified architectural languages reduce the overall scale of architecture and enable more intimate sensory interaction between people and the environment. Facade and space forms reflect the continuity and integrity of the individual building and show the characteristics of the individual building.

Glass and aluminum plates are applied as the main materials on the facade, and the organic form of small volume is formed through the insertion and cutting of volume in technique, which further shortens the distance between buildings and people. Different volumes of different textures can be jumped out in the scattered volumes. The large terrace on each floor is designed to break the traditional single shape, and at the same time, it does not lose the unity of the overall visual effect.

Under the internal demand of rapid urbanization, the urban complex is one of the ways to build an efficient and resource-conserving city. It can guide the development and construction of the city in a more active manner by reasonably guiding the catalytic effect of the urban complex. The flowing space system has affected the city construction to some extent; the open business center serves as an extremely important space and a basic cell of the city. 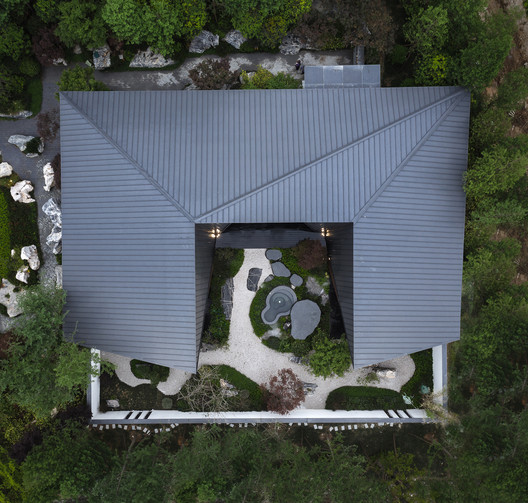 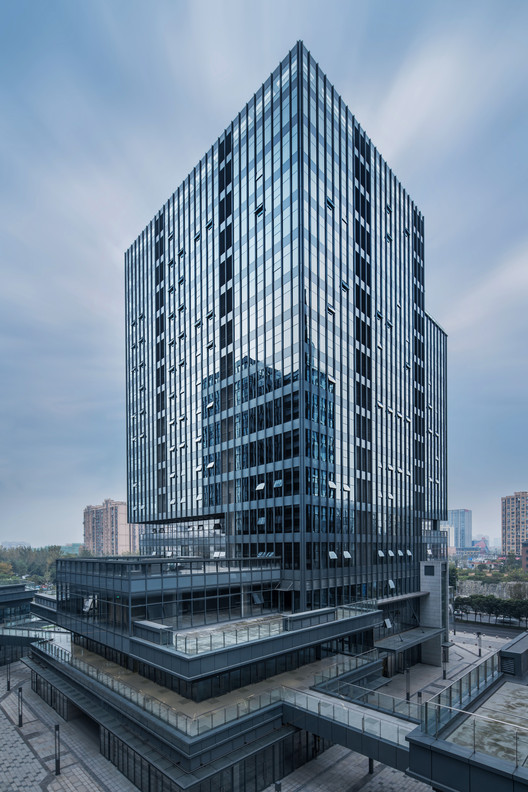