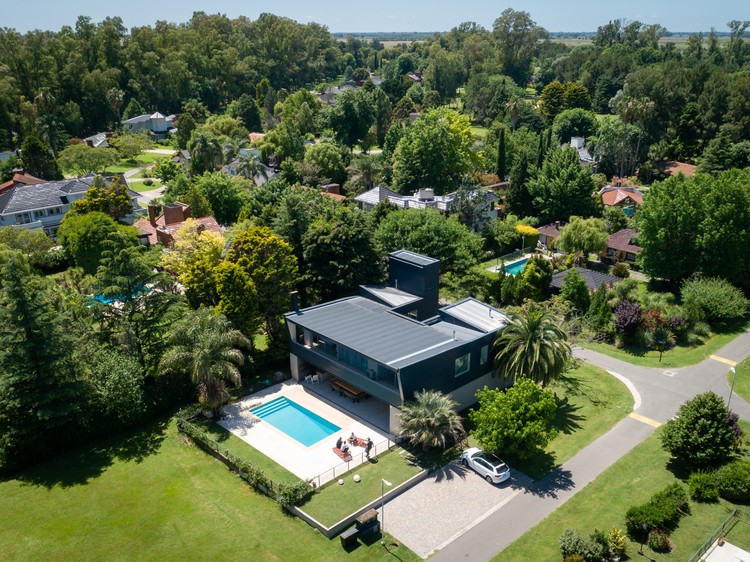 Text description provided by the architects. This Project located inside a country-club in Guernica, arises from the need of building a weekend house with the particularity of being inhabited by two families.

Both families made emphasis on the common areas, the gathering places. This public space of the house aims to create a simple and ongoing atmosphere.  The exterior space and the existing pool are introduced in order to free the lower level as much as possible.

The house highlights the relationship with its context. From the inside to the outside. It seems hermetic from the access, presents itself in an introspective way but once inside, light and openness became the main characters of space.

The inner patio as the heart of the project conforms the access, articulating the circulation of the house to its own use, being cool in summer, due to the shadow generated by the building. It brings air and light both to the dining room and to the areas located next to it. On the first floor, this patio is part of the promenade that leads to the private areas, where the bedrooms are placed.

The services and the staircase were located towards the east and west edges to promote a free floor plan while opening it to the gallery facing north, and to the patio, facing south. The concrete slab, molded by a wooden pine formwork, emphasizes the relation between the kitchen, the dinning and the living room.

The gallery which protects the lower level from the sun during summer season is used also as a “Quincho”, located next to the public area so that is possible to articulate one with another, satisfying the needs of a bigger space.

The materiality of the house looks for a simple construction together with an austere and modern look. Using materials such as corrugated metal sheets, concrete and dark gray plaster. 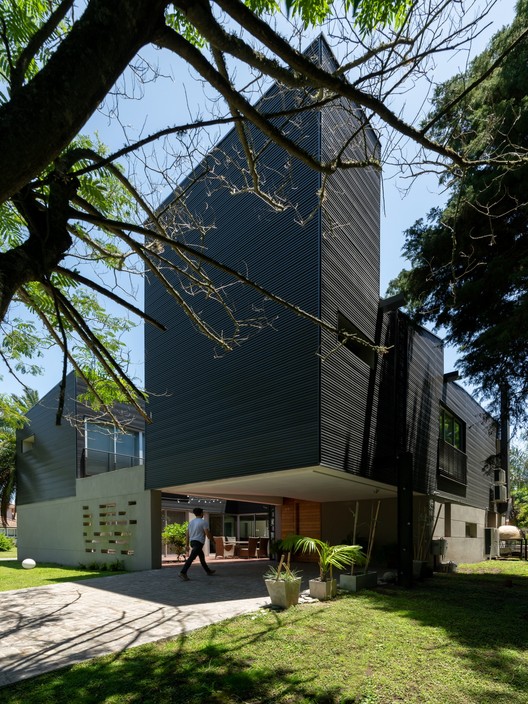