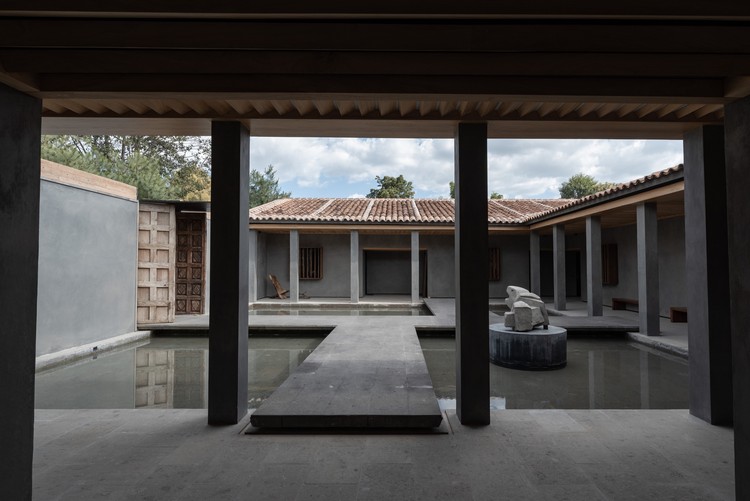 Text description provided by the architects. Uvence Art + Hotel is a recycling and reuse project that follows a growth strategy building new layers of history. The project revalues ​​and rescues a historic building in Chiapas, Mexico and updates its use, generating a collective benefit for the site and the city. This intervention transforms old spaces to satisfy current needs, through a contemporary language that reintegrates them into their context.

The intervention consists of 2,650 m2 in what was a non-profit foundation, now converted into a boutique hotel that stands out for its art decoration.

The transformation proposal redefines a historic building with a central courtyard, renovating spaces that were occupied by offices and warehouses, modifying them to house 8 luxury rooms with thermal pools and interior patios, which are distributed around a shallow water body crowned by a Mathias Goertiz sculpture.

The rooms stand out for the contrast of contemporary and traditional elements and the use of local materials that give a literal reading of the space; concrete walls made with local soil which separate the different environments, while supporting the metal structure; inclined roofs that give a sculptural sense of space and establish a clear difference between the new and existing elements, achieving a contrast of sensations; recycled furniture: chairs, sofas, tables, bureaus, lamps and designer furniture such as Arturo Pani, Clara Porset, Pedro Ramírez Vázquez and Luis Barragán, among others, acquired second hand to later go through a process of restoration and renovation with handmade fabrics from Chiapas. 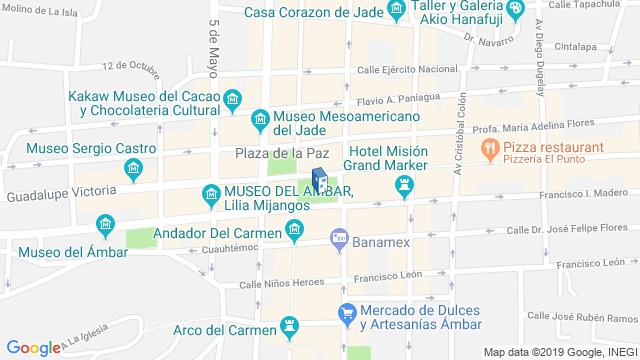