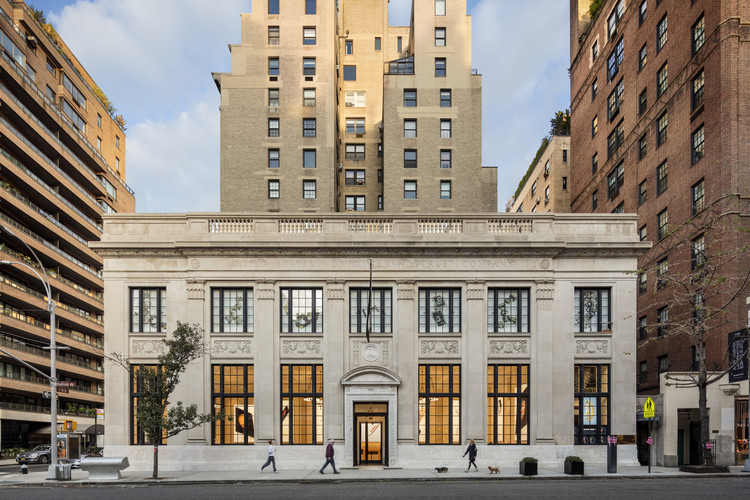 Text description provided by the architects. Apple Store, Upper East Side is an adaptive reuse of the U.S. Mortgage & Trust building at Madison Avenue and East 74th Street. The building, a handsome and understated example of Beaux Arts classicism, was designed by architect Henry Otis Chapman and constructed in 1922. The following year it was featured in Architectural Record magazine.

Realizing the potential of the existing building, Apple, Bohlin Cywinski Jackson, and the consultant team strove to provide a new customer experience and restore the building’s general ambiance. The work involved four principal components: preservation and restoration of the exterior; reconstruction of historic finishes; sensitive alterations, including the creation of new spaces in the cellar to complete the retail experience and support store operations; and substantial upgrades to building services. Therefore, much of the design effort focused on recreating the qualities of the original banking hall by restoring the grand, light, and airy qualities of the space, and reconstructing many of the finishes and fixtures lost through time.

Considerable portions of the building’s Indiana Limestone and Tennessee Pink Marble had been degraded. In addition, many windows required significant reconstruction. With thorough analysis to identify the original paint and grout colors, the entire exterior was restored to reflect its original physical and aesthetic condition, reviving the unassuming yet remarkable presence of the Beaux Arts building. Interior elements, including chandeliers, marble wainscoting, pilasters, and plaster capitals, were developed through thoughtful design. For instance, Botticino marble was sourced from Italy to reconstruct floor finishes, wainscoting, and pilasters. The design team also collaborated with local artisans to leverage their expertise, including Aurora Lampworks, EverGreene Architectural Arts, and Nine Stone Marble & Tile, Inc.

The cellar consisted of several small spaces unsuitable for an engaging and welcoming customer experience. With considerable structural work, including the removal of columns and thick bearing walls, a new arrangement of spaces featuring the historic bank vault was constructed. The new program includes space for customer training programs and the company’s most recent accessories merchandising concept. Henry Otis Chapman’s Mercantile Library inspired the design for the main cellar room, while the original vault retains its decorative security screens and is repurposed as a private sales room to allow for a more personal customer experience. 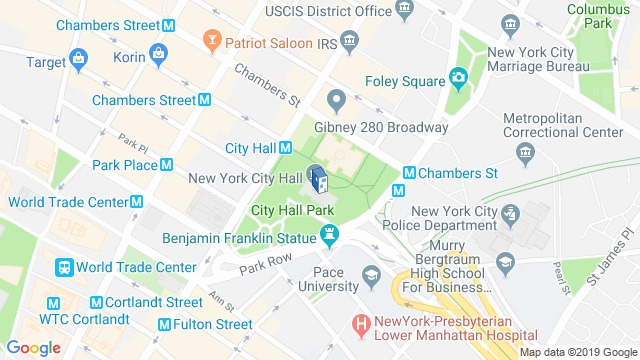 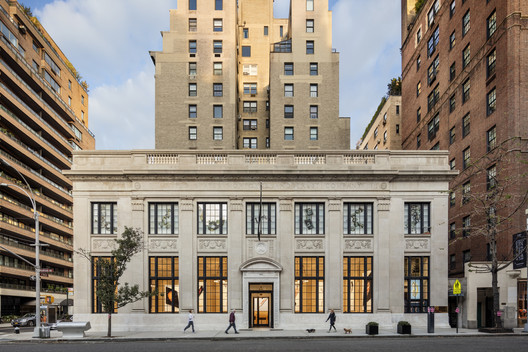