Text description provided by the architects. In the last forty years, Shenzhen has grown from a small fishing village to the capital of science and design. At the same time ,the city’s construction expanded outwards quickly. Given the emphasis of the city changing from the traditional manufacturing industry to the research and development industry, the site where was a urban fringe in the past, has shown an unprecedented vigour. The industrial factories around the site which built in the 1980s need to be recycled under the onslaught of social progress.

SMOORE is a science company ,providing R&D and production services for the world's major tobacco giants . It Owns the research, development and design patents for the automatic production technology and core materials of electronic cigarettes and atomizers. Now it has six production bases in Shenzhen. The industrial park located in Baoan Lazuijiao which is one of the new offices of research and development in the future.

In this project design, the dormitory on the north of the site will be adjust to new function. It has a dining hall and an equipment room .on the first floor. From the second floor to fourth floor contain an office, technical training room, meeting room and a leisure meal and other functions. The fifth and sixth floor is used for apartment.

The triangle space between building and roads was replace as an entrance courtyard which is R&D’s engineer entrance of the interior space through with a bamboo following the road is forming a new urban fringe. Image of the entrance which is technology production worker and car through is located in the northeast part.

Folded glass facing the internal site façade are applied to the L-shaped office building and apartment building on the north side to form a complete and transparent building façade, which enlarges the relatively isolated inward-facing space of the building, making it possible a stage that interacts with the building..

There is a geometric stair and a leisure gallery between the office block and the middle of factory being an important cord for the R&D officer to go to the technical production test workshop. The building elevation will keep original window hole and changing the door’s and window frame’s shape to produce a differentiated and relevance compared surrounding buildings.

The pattern sunken plaza formed by building and surrounding factory need to satisfy parking, leisure, exercise and other function. We hope to integrate relation of multiple function and model space by a series of unordered geometric figures. The new stretch aluminum mesh retaining wall in the east of the site visually breaks through the boundary of the existing square space. This semipermeable metal material draws the spatial connection between the factories and further highlights the unique industrial park temperament.

The goal of the SMOORE redevelopment is to guide the future industrial upgrading of the urban edge of the complex space renewal and to providing a new office research and development and production innovation test site to provide a reasonable and unique urban space redevelopment mode. 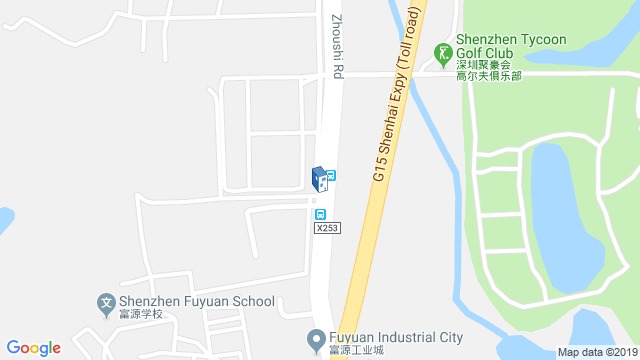 Location to be used only as a reference. It could indicate city/country but not exact address.
Share
Or
Copy
About this office
CM Design
Office
••• 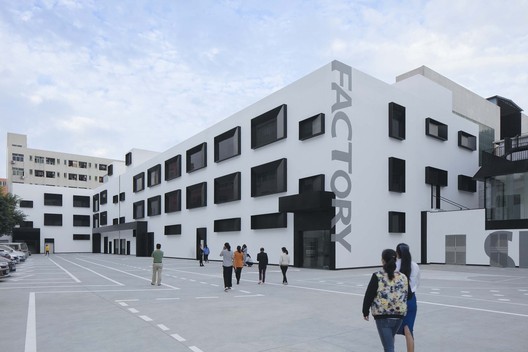