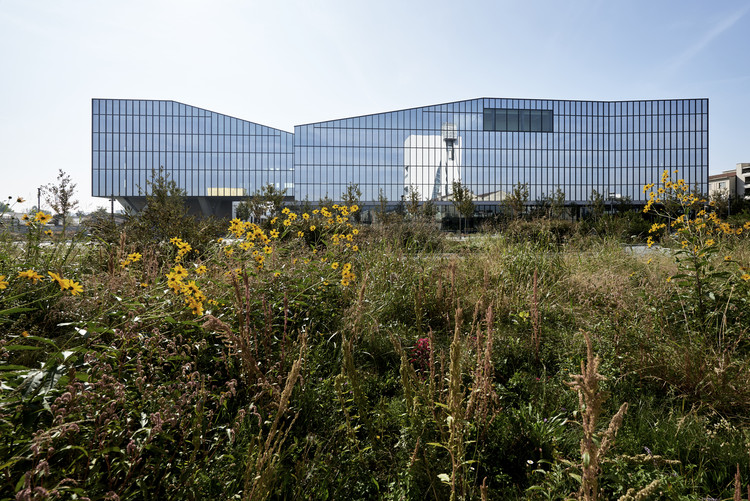 Text description provided by the architects. Adriano Olivetti square, at the heart of the new business hub Symbiosis, has opened for the public, shortly ahead of the 21,500 sqm office headquarters occupied by Italian telecommunications company Fastweb reaching completion. The public square is dedicated to Italian industrialist and engineer Adriano Olivetti who advocated for the reinvestment of profit for the benefit of the community–an idea that echoes the masterplan’s aim of revitalizing a former industrial area of Milan. With Carlo Masera’s landscape design for the square and the first building’s glass facade, Italian architecture firm ACPV inserts a radiant addition to the chain of south Milan’s extensive urban transformations alongside Fondazione Prada and Università Bocconi’s new campus.

Symbiosis reimagines a fragment of Milan and gives a public space with great livability and the highest qualities back to the city and its inhabitants. As a first among the upcoming developments in ACPV’s Symbiosis masterplan, the forthcoming opening of Fastweb’s 6-story headquarters for the company’s 1,800 employees will provide space for new large-scale business activities in the area. Beyond its architectural details, the nature of the urban project is expressed in the fluid, continuous and strongly integrated elements of the buildings and the public spaces. The design of the 13,000 sqm square bordering on Fondazione Prada alternates environmental conditions from forests and gardens to water surfaces.

This formulation had a profound effect on the project for the new Fastweb headquarters which will become the company’s primary location in Milan. The office complex settles in the business park with its peculiar identity and establishes a unique set of relations with its context and the surrounding cityscape. Similarly to other buildings in the business district, the project for Fastweb reinforces the ties between work and city, between the role of a big company and the energies that its community can infuse in the environment.

The quality of these buildings is expressed by their relationships with the soil, the ground floors and the semi-public spaces. The presence of the square and the foundation, re-emphasized by the reflective glass surfaces of the office building’s façade, are defining elements of great character which leave a mark in the entire area of the masterplan. The forthcoming development of the next fragments of the Symbiosis masterplan will only complete the construction of this piece of Milan’s future. 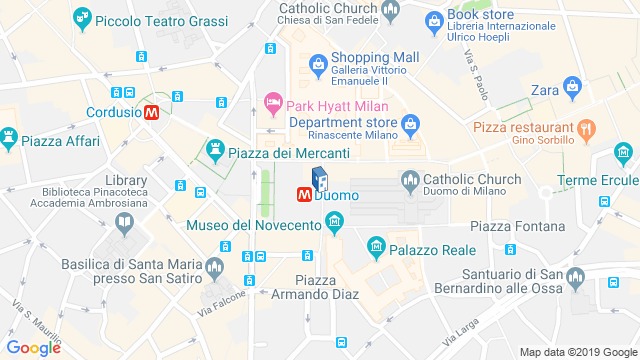 Location to be used only as a reference. It could indicate city/country but not exact address.
Share
Or
Copy
About this office
Antonio Citterio Patricia Viel
Office
••• 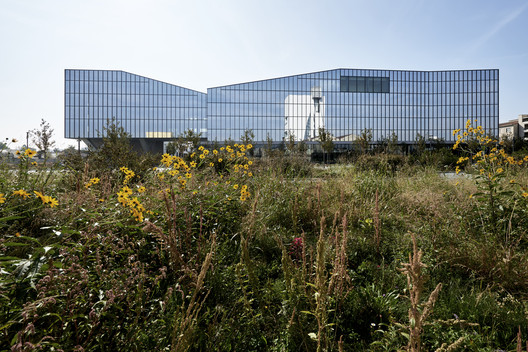