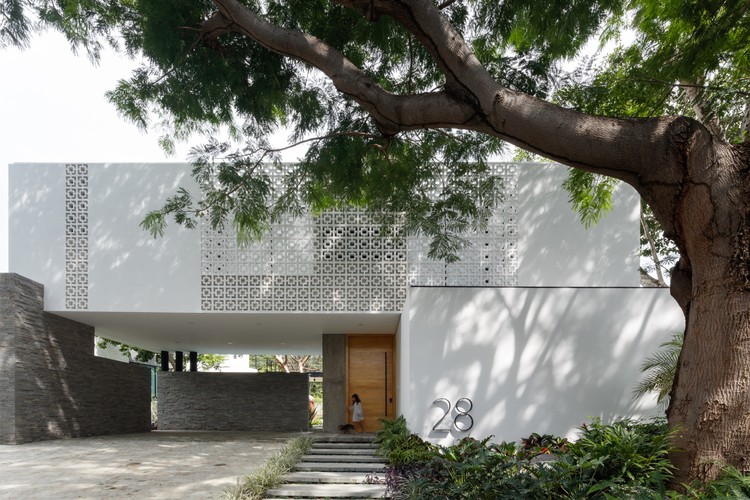 Text description provided by the architects. A lattice screen fading in the white walls by day, at night a screen of light and shadows is presented on the façade of Casa la Blanca. One of the typical Mexican lattices, widely used for decades in the State of Colima, within its cities and on the coast to protect itself from the intense sub-humid warm climate and its strong climatic changes. It is used as a skin to protect the house, giving privacy, security, effects of light and shadow indoors and outdoors.

The house bets on a completely interior environment with its "U" -shaped floor, separating both the social and coexistence space on the ground floor and the private space on the upper floor. The lattices molded by hand in white concrete, fade into their walls trying to integrate to create a uniform body within the volume of the house.

The "U" shape is located in a way to protect itself from sunning, creates an interior patio that gave us the same terrain by having a tree called "Cuajiote colorado" or better known as "papelillo", because of the red bark that is released as flakes in the different seasons. The red tree, the pool and a fountain create the heart and center of the house.

The interior is completely illuminated by the openings. The open space its defined by heights and unevenness. The house distribution helps to create a family environment and a inside-outside living surrounded by one of the fundamental parts of the project, the vegetation, highlighting the huge trees of Parota and its tropical environment. 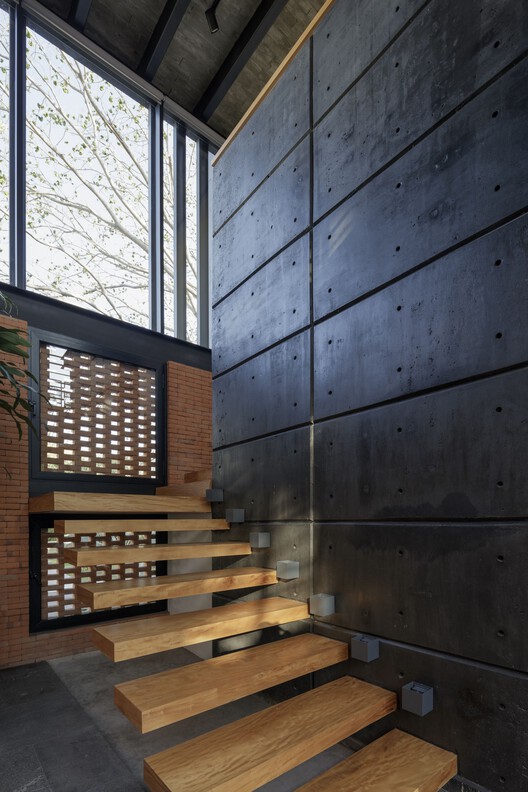