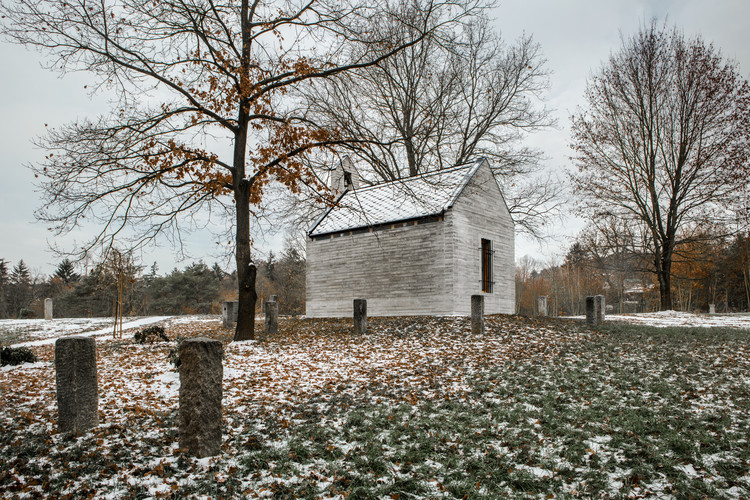 Text description provided by the architects. We faced both unusual and delicate task when we were asked to design a private chapel for the client's family and their closest friends. Since the beginning of this project, there was no doubt about the chapel's setting among the large aged oaks on the client's land. The nave is oriented in the traditional east-west direction with its entrance facing the nearby village

A set of initial ideas helped to shape the chapel's form. The client grew up in Greece hence he was familiar with the basic archetype including a belfry raising above the front facade. Locally distinctive architectural details then complemented this basic form. At the same time, the client was seeking a balance between traditional and contemporary approach.

Narrow strips of windows were placed on top of the nave's longitudinal walls, where traditionally there would be cornices. The same approach was applied to the choice of materials. Traditional slate roof tiles, granite door lining, and a timber roof frame were complemented by manually on-site cast bespoke concrete blocks with a wider base. The so crafted irregular shaped blocks emphasize the courses within the block-work and add significantly to the character of the design.

Similarly, the pure interior's basic palette of textures is complemented by icons collected by the family and bespoke chapel furnishings made by local craftsmen. 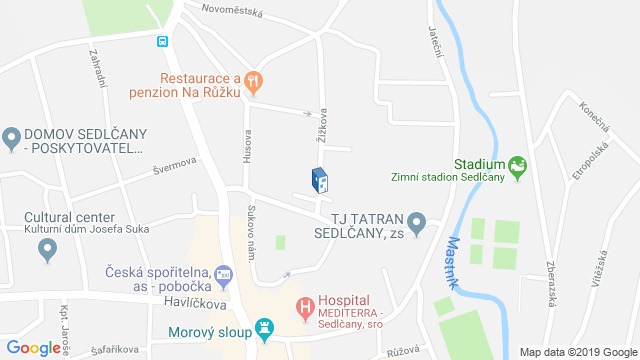 Location to be used only as a reference. It could indicate city/country but not exact address.
Share
Or
Copy
About this office
OTA atelier
Office
••• 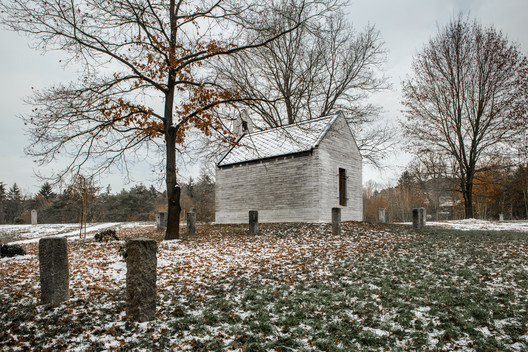