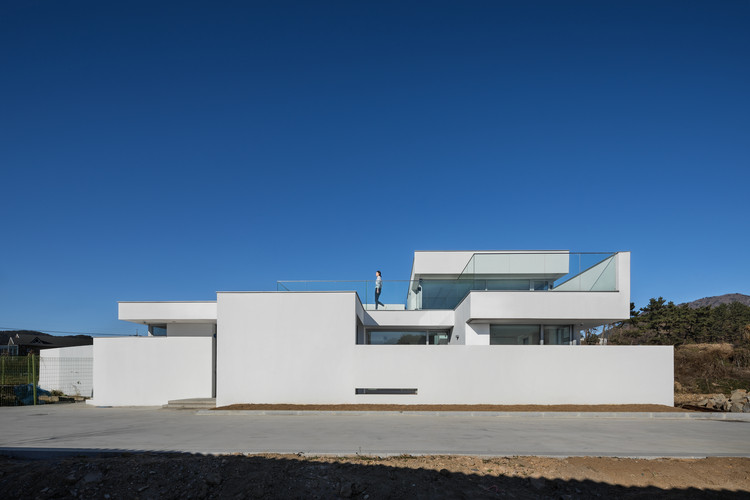 Text description provided by the architects. Dugu-dong houses are the projects that three householders bought the site together and divided separately to build each house. This site - an irregular, triangular lot facing a planned road due south - was the most unsatisfactory at the time of parcel division. In terms of its area, the initial requirement of at least 65pyeong was reduced to 51 pyeong during the planning process.

As a house for a family of four, the interior space was planned bearing in mind the fact that the children would move out of the house in the not-too-distant future. For example, the current master bedroom could be converted into a guestroom or a multi-purpose room, while the children's bedrooms could be converted into a dressing room or a new master bedroom, or the family bathroom could be changed into a master bathroom.

Due to the spatial composition of the house and because of the complex requirements and shape of the site, the decision was made to reduce the size of the courtyard. Two yards on the east and west face a garden wall, which functions like a nature trail linking all of the interior and exterior spaces together. The area was configured to appear as if each of the spaces rest within a garden that is as large as the site, and communicate with each other in a horizontal manner.

Another feature of the spatial composition Is the multi-purpose space (which is not an attic) on the 2nd floor, which is linked to the roof garden. The 1st and 2nd floors are open, allowing for vertical communication - a vertical intermediary space which refracts another view visible only from the second floor. This house is composed of countless intermediary spaces and transitional spaces, and is a structure with a strong sense of 'place' that is open and connected to the more functional spaces. 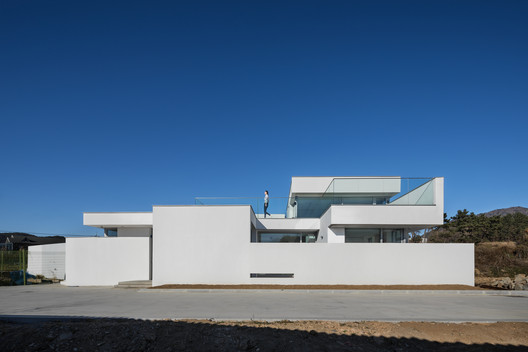