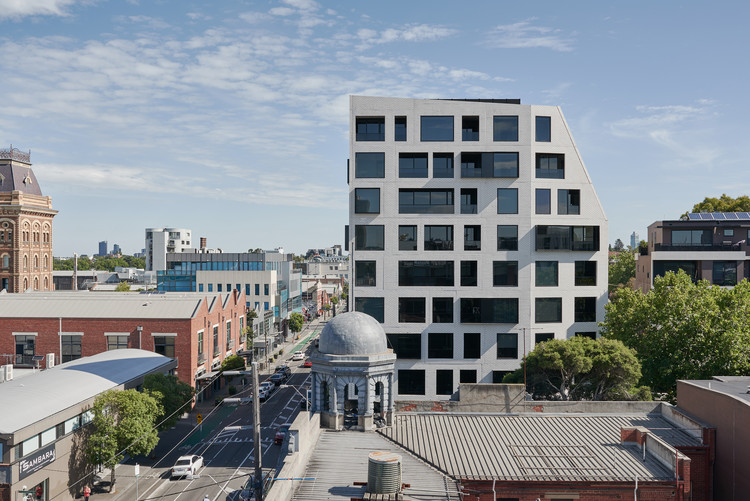 Text description provided by the architects. There are few suburbs in Melbourne that have arguably as strong of a personality or local street culture as Collingwood, the inner north of Melbourne. In the past ten years we have seen a strong push towards increased density and desirability due to its proximity to the CBD, but more importantly because of the street, food and art culture. The gentrification of Collingwood has come at a cost, with many examples of middle-class values driving certain flavors and styles of development and architectural style.

Whilst one can argue that Collingwood is a suburb of diversity, there is an authenticity to Collingwood that is allusive and difficult to assimilate into. We looked at the streets, the corners, the edges, the materials, the history, the new and the old. We uprooted and moved to Collingwood, we engaged in the local. Our response process began by addressing the immediate context.

The urban form acknowledges and mediates between both existing building in scale from the south and west, creating the initial big move, then the western façade is carved and sloped away through a careful sun shadowing exercise that protects the adjacent park from overshadowing. The corner is celebrated and held mimicking and acknowledging The Peel hotel directly opposite. This was the process of form generation. We then studied the local fenestration techniques and materiality and applied a solid versus void technique in line with the predominant historic built form.

Brick cladding was the only obvious choice, and the predominance of breeze block detailing observed gave forth the opportunity for detail, texture, and scale to the lower public realm. It wouldn’t be Collingwood without a restaurant on the ground level, with the boutique Congress wine bar introduced here. There are 30 odd apartments all of different flavors and sizes with only half the cars required. Our building is confident in being unpretentious and local, suitable for the “north”. We hope that it assimilates. 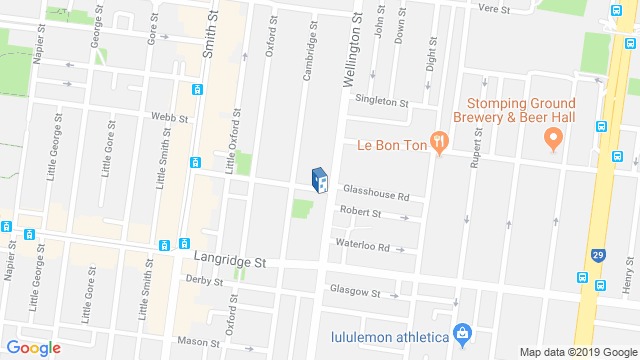 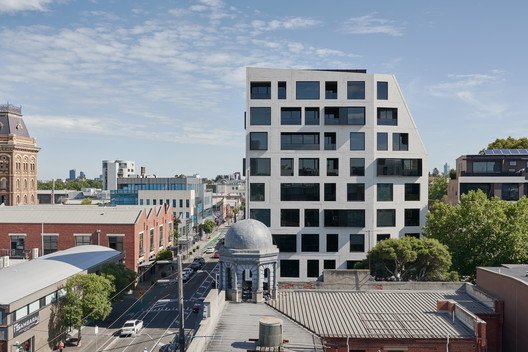