Confliction Between the Temperament of Original Bases
Built in the 1990s, the village committee building has a double-slope roof and two story reinforced concrete frame structures. On the east side there is a public toilet that was added later. The ridge is ten meters above the ground and is the tallest building in the entire village. The village committee building before the renovation, like most government buildings, has a compact layout and a plain appearance. Although traditional roof tile is used on the roof, the shape of the boxy square is quite different from the Jiangnan Water Village. in particular, the building is surrounded by eight-meter-high walls. There are areas inside and outside the building that go straight up and down. There is not a positive space for people to sit down. Ironically, as the only public building in the village, it created no public space. The spatial power relations of the village committee building are simple and clear. The majestic and tall buildings make people standing in front of them seem insignificant.

Interestingly, there is a huge difference between the majesty and closure of the village committee building and the openness and peace of the whole village. Walking along the alley, you will find the public space here organic and moving. There will be surprises from time to time along the street's interface, some active and small spaces facing pedestrians, so that the building's interface is no longer cold. However, there are tremendous conflictions between the enclosed building and open village. Public spaces alongside streets are active. Those positive spaces light up the street interface, attract pedestrians, and warm the building façade.

There are two very subtle space treatments that are particularly impressive. Usually, the only positive side of a Chinese houses is its facades. Walls retreat to golden pillars to create an entry area and it brings positiveness to the house. The house therefore faces people and service people, while the other three sides are white walls and small windows. This impressive detail transforms the side and back of the house slightly, allowing them to respond to the environment and become positive. The first place added a less than one meter wide frame to the side and formed a entry area. The owner even moved the entrance of the house to the side to respond to the street. In the second place, the wall on the back of the house retreats to the golden column, forming a porch. Although there is no door, the underarms allow neighbors to sit there.

Spatial Strategies: Open the Arrogant Box
It is these subtle operations that come from life that make the back of the house positive and negative spaces into positive spaces. A few steps in the village can be seen either facing pedestrians or connecting with the interior, or sheltering or sheltering. These qualities of space are exactly what I want to create in transformation and construction: Open square boxes that are closed and rejected thousands of miles away, and let the public space of the village enter the building. Therefore, rather than saying that we are building a building, it is better to say that it is an urban design—opening a building, letting it become outside, and letting it become part of the village’s public space.

After setting the goals for the transformation, we have a strategy for space operations:

2. Let the main pedestrian road into the village pass through the building so that the interior and exterior spaces of the building can be connected to become part of the village’s public space.

4. Open all sides of the building to the periphery so that the passive, majestic and resistant interfaces around them become active spaces that are both indoor and outdoor and face and serve the outside.

5. Emphasize the urban character of the building and turn it from a piece of sculpture that is viewed from outside into a garden that is experienced from within.

Garden: A construction that requires physical experience
The entire transformation attempts to construct multiple spaces that are both internal and external. The ambiguity of space challenges people’s spatial attribution and cognition, creating a labyrinth of indoor and outdoor intertwining, and a combination of architecture and nature. This is also the type of "village" that I tried to build in this building - a structure consisting of houses, walls and courtyards. The transformed building is like a porous structure with no inner and outer boundaries and people can enter from any direction. It is no longer a sculptural, outward-looking building, but rather a garden that needs to be experienced from within. When a building can easily be captured into a photo and then conveniently consumed from the screen of the mobile phone, the real building disappears and the photo becomes the building. If Hugo's time is that the book killed the building, then in our time, the photo may have done the same thing.

A building that cannot be described may be a building that is difficult to generalize with one or a few photographs, or it may not be able to abstract it simply by a narrative or concept. The most interesting parts of the perception of scale, the order of space, and the experience of the body are all incapable of being conveyed by photographs, drawings, and words; they emphasize the physical experience of the body and resist the abstraction, generalization, and dissemination of architecture. Only when you are in a building and strolling in it can you realize those qualities that the photos can't describe - perhaps these parts are the most precious qualities of architecture in the era of excessive consumption by the media.

In our design, we intend to strengthen the interaction between this person's body and architecture and the accumulation of human experience in architecture. We designed a building that requires physical experience. 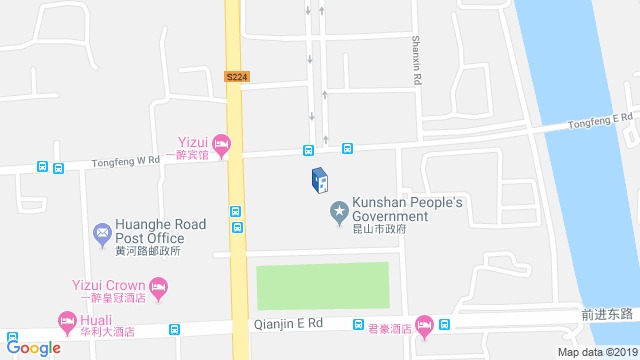 Location to be used only as a reference. It could indicate city/country but not exact address.
Share
Or
Copy
About this office
Yzscape
Office
••• 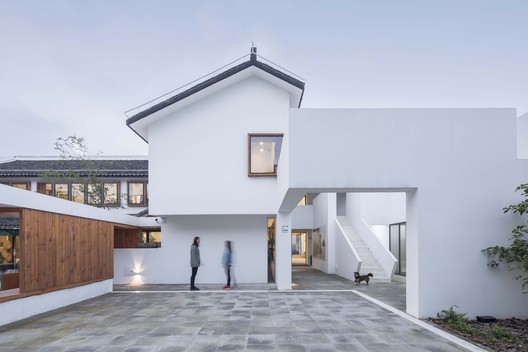