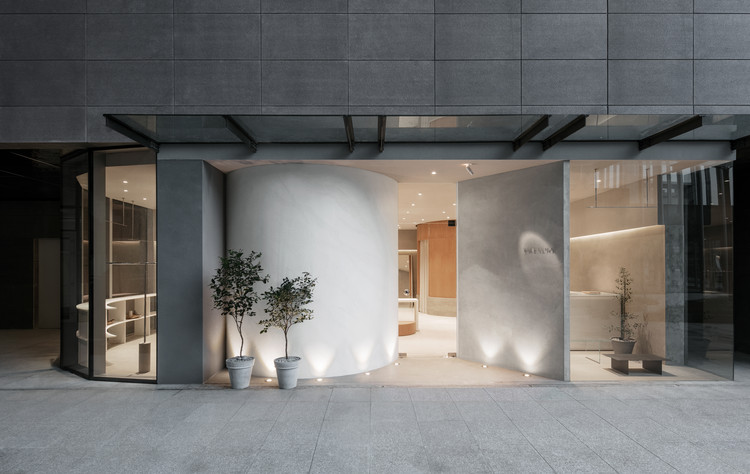 Text description provided by the architects. Ilma means “weather, air” in the Finnish language.
All spaces clearly have harmonious air, and our client wanted to have that kind of air’s positive energy lingering in the space.
The client, who has been working in the clothing business for the past 20 years, was operating a total of 8 clothing editor stores, and the design and concept of each store is different according to the characteristics of each site. Cheongdam Ilma Store was opened in the process of developing the branding called ‘the ilma’ in full swing, so the identity of the space had to be expressed with great care.

The brand and space identity of the existing ‘The Ilma’ was based on modernism and the designer wanted to focus on the deeper origin of modernism. By interpreting a constructivist El Lissitzky’s artwork which served as a foundation for modernism, the designer introduced geometric figures of the artwork into the space by using the elements of overlapping, arrangement and textural contrast with an expectation to express the identity of the space clearly.

There are three important elements in the design of ‘The Ilma.’.
The first design element is formative and textural contrast.
Such contrast is vividly revealed through the contrast of forms and materials, starting from the entrance.
It attempts to reveal the Ilma Show Room, which is existing in the center of Cheongdam-dong’s black buildings, by using a distinctive property. The form of the façade is expressed in an abstract, and dynamic style by arranging round shapes and straight lines to eliminate boredom. The finishing materials also add volume to the space in various ways as the round columns of white oak wood look overlapping between clear glass and rough stone powder-treated special paint, delivering a heavy mass feeling.

In addition, the exterior of the round mass on the outside was treated with a rough finishing made of cold stone powder while the interior was finished neatly with warm white oak in order to from a contrast between the inside and the outside. Such material contrast was presented on the wall and furniture in an overlapping way continuously and repeatedly. Four finishing materials—rough stone powder, clear white glass, warm wood and cold metal—were interconnected and overlapped to express various weather conditions with ultimate contrasts.

The second design element is embracing each other.
A bumpy texture can be felt, starting from the ceiling to the wall in the 'ㄱ‘-shape, and a finishing made of concrete hardener is embracing the space, starting from the floor to the wall in the 'ㄴ‘-shape. And then, a lump made in a big round mass inside the space is providing a warm comfortable feeling by embracing the interior. The third design element is geometric figures made in different sequences. In each sequence, the elements of round shape, rectangle, curved surface, plane and lines are providing rhythm and fun to the space as they are overlapping and tangling with each other in the form of walls, columns, hangers, furniture, shelves, chairs, counter, fitting room, and round walls.

“Sunshine is delicious, rain is refreshing, wind braces us up, snow is exhilarating; there is really no such thing as bad weather, only different kinds of good weather.“
- John Ruskin
We wish Cheongdam Ilma’s space to be surrounded with positive energy at all times and to have different types of good weather. 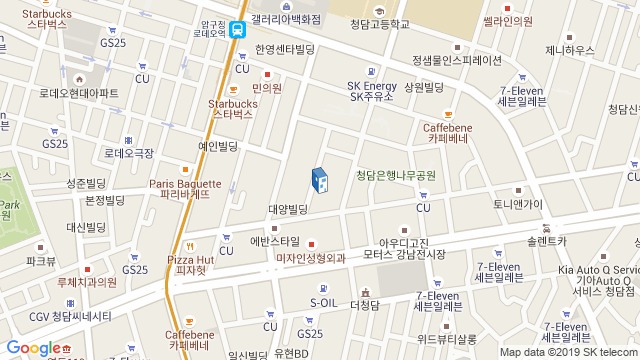