Designers and the general public alike have an endless fascination with abandoned architecture. Throughout history shifting economies, disasters, regime changes, and utter incompetence have all caused the evacuation of impressive architectural structures, which today serve as curious, sometimes eerie monuments to a bygone era.

Such is our fascination with these structures, YouTube is awash with videos and series of curious explorers documenting their daring, sometimes dubious adventures within abandoned architecture. One such channel, with a keen eye for architectural cinematography, is The Proper People.

With 135 videos and over half a million subscribers, the channel’s founders Bryan and Michael have amassed an impressive series of videos, exploring, filming, and photographing abandoned buildings from the USA and beyond. To date, notable episodes include documentation of America’s largest abandoned subway system in Cincinnati, a majestic 150-year-old Gothic cathedral, art deco and postmodernist hotels, an Ancient Order temple, and countless unnerving explorations of asylums, prisons, and nuclear plants.

There’s something about exploring these places that really just hits you. When you step into an abandoned building, you get the feeling that you’re leaving the world you know and stepping into another one- maybe one you’ve seen in movies, read about in a book, or only imagined in your dreams. Call it morbid curiosity, but for us, its a way of life.
-The Proper People

Below, we have embedded our favorite picks from the Proper People’s endeavors. For the full content, head over to the team’s official YouTube channel here. The team also sell prints of some of their best architectural images, available on their website. 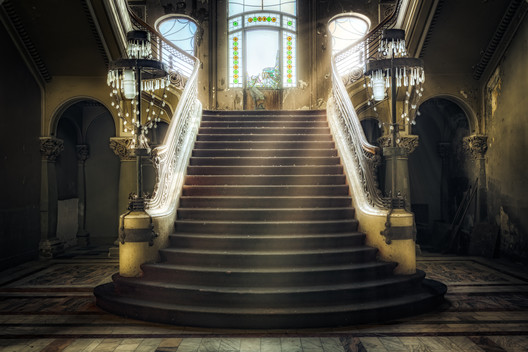