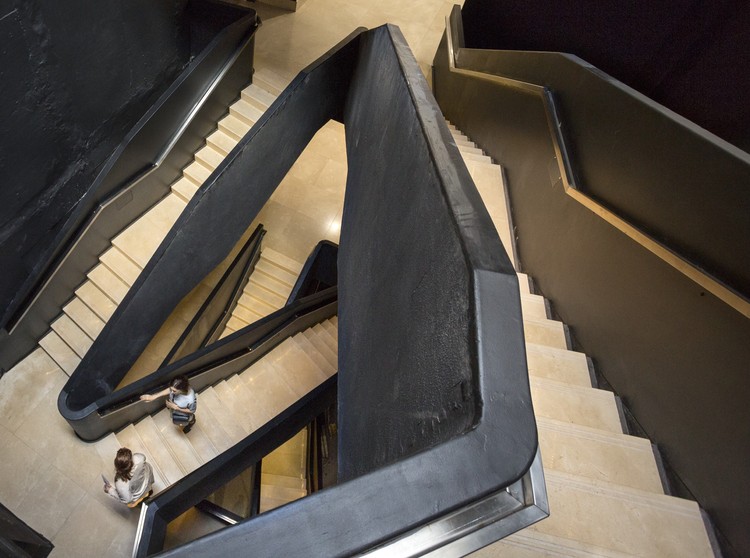 Text description provided by the architects. The project aims to refurbish the Museum of Modern Art in the city of Buenos Aires, unifying two existing buildings, with the aim of improving the experience of visitors and increase the space for the exhibition of works.

The architectural project consists of integrating the complete structure of the Moderno: the Museum located on San Juan Ave., where the tobacco company Nobleza Piccardo once operated, and the building located on the corner of Av. San Juan y Defensa, which belonged to the Museo del Cine. ─, whose facade was already completed in 2010, during the first stage of the building reform by Arch. Emilio Ambasz.

To this end, both buildings were modified with the aim of generating a circulation through the back that joined them, incorporating two new elevators, rest spaces and meeting points in the new sculptural staircase that optimizes the circulation of the building. At the same time, it challenges the visitor with its different points of view and the contrast of its materials: iron, marble and mirrors.

It was thus able to expand the surface of halls to a total of seven rooms with about 4000m2 to exhibit the Museum's Heritage and the different national and international modern art exhibitions. New meeting spaces that alternate with exhibition halls, a new Education Room and a cafeteria and a new store on the ground floor that allows a great interaction with the outside were also added.

The new staircase is the main protagonist of the expansion. By means of sections that are superimposed, it generates a dynamic route that allows the rooms to be connected at all levels, giving rise to a more comfortable and accessible circulation to the museum. It is composed of black parapets framing the marble flooring that make up the different steps as a carpet.

Windows were also incorporated that allow natural light to enter the rooms and provide views of San Telmo. Thus, the neighborhood is integrated more into the life of the Museum and from the inside are framed the particular views of the domes of the surrounding buildings.

On the outside, the idea of ​​the green façade proposed in the Ambasz project was respected in the previous building reform, by means of a tree-top finish and the presence of vegetation in the openings. 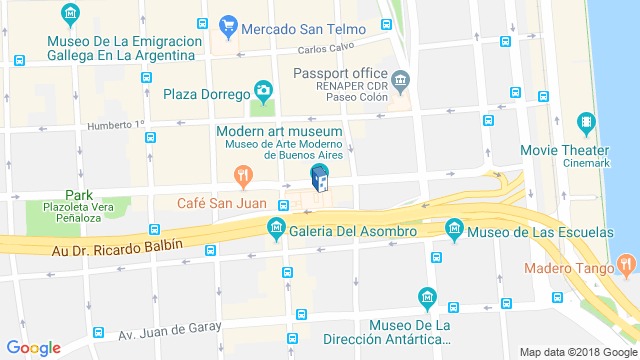