Zooraji, Olson Kundig's latest, takes its inspiration not from its site (the roof of a department store) or context (the futuristic city of Busan), but from a story. Aesop's The Town Mouse and the Country Mouse, to be precise. 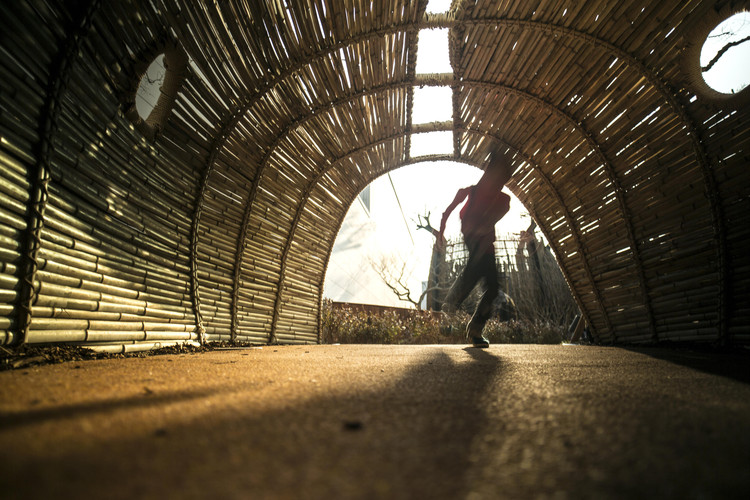 If ancient Greek fables seem like an odd reference for a contemporary South Korean playspace, one need only look at the result to see how perfect a fit the two are for each other. Children perch on toadstools made of recycled materials, scramble over outsized animals made of bamboo and wine casks, run through a grove of live baobabs (a real tree that appears decidedly unreal.) The word 'whimsical' springs to mind.

This wonderland-like approach was intended to immerse young visitors in the closest possible thing to a fantasy world. Five distinct zones of exploration allow the visitors to craft their own journeys through the space. Fans of Jurrassic Park might choose to spend time in the Land of the Dinosaurs; young buccaneers might prefer the swashbuckling Pirate's Shipwreck. The garden, which also includes an 'African Rainforest', a 'Rain Garden', and 'The Woods', is also peppered with subtle opportunities for learning.

Located on the rooftop of Busan's Shinsegae Centum City department store, the project came to the architects after the clients visited principal Alan Maskin's 'Noah's Ark' project at the Skirball Cultural Center in Los Angeles. Echoes of the Ark are present here: the follies form an allegorical landscape that is as much a story as it is a lesson. Indeed, designing around a narrative was the project's only brief.

Fairy tales are familiar territory for Olson Kundig. In 2016 the firm won the 'Fairy Tales' competition, an annual competition that challenges architects and designers to write and illustrate their dreams in architecture. Maskin led a team within Olson Kundig to describe their vision of a future Seattle, one in which an architect is forced to explore his home city after years in cryo-sleep.

Zooraji may not have the dystopian outlook the distinguished Olson Kundig in the Fairy Tales competition, but it does dwell in the same fairytale world. In this case, it's exactly what's called for. “Plants are supposed to grow over time, so the architecture will disappear,” explained Maskin to Architectural Record. “Landscape has its own timetable.” Perhaps, decades from now, we'll view the project as Enchanted Forest, cloistered on the roof of a tower in Busan. 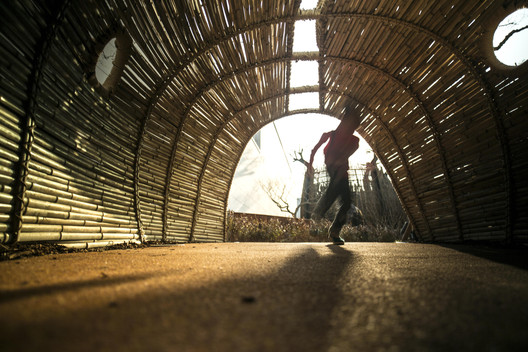