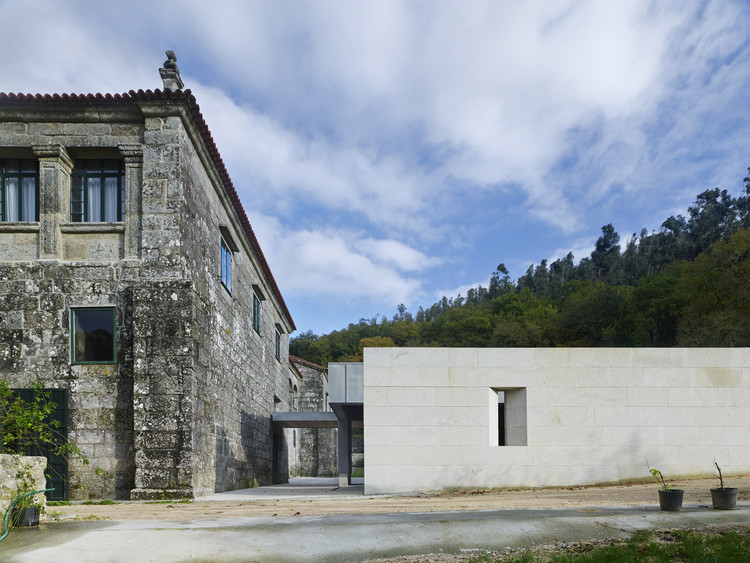 Text description provided by the architects. The Cistercian monastery of St. María de Armenteira is located on the western hillside of Monte Castrove, a spur that separates the Salnés valley from the Ría de Pontevedra. Its origin goes back to the Early Middle Ages, probably the pre-Romanesque period.

The monastery
The monastery meets perfectly the Cistercian archetype: a virgin valley with difficult access surrounded by mountains, a stream of water and far away from populated areas. Its church, on the north side of the ensemble, is the only remain of the original monastery.

The construction began in 1167 and it was finished towards the end of the XII century or the beginning of the XIII. The rest of the monastery maintains the primitive organization of a central cloister surrounded by rooms, but this construction was mostly built around the XVI and XVIII centuries.

Cistercian nuns
During the XIX Century, the disentailment process that took place brought despoilment and ruin to the monastery until 1963, when the Amigos del Monasterio de Armenteira Association was created. The construction undertaken by the Association meant the preservation of the few remaining valuable ruins in the monastery, especially the cloisters and kitchens, but it also caused the disappearance of other parts of the building such as the ancient wing of the novices that used to reach the whole south part of the ensemble. Since 1989, a group of Cistercian nuns from Alloz (Navarra) live in the monastic spaces. Nowadays, this congregation has become independent. For their economic support, the Cistercian nuns have started manufacturing handcrafted soap, organic lotions and perfumes with an own patent and production, an activity that required a new workshop as well as the complementary tasks of receiving, storing and shipping the materials.

The workshop
The new building is located on the south part of the monastic ensemble because of the easy access, privacy, and advantageous direction and also because the topography of the area allows the whole program to be held under the existent slope. The recovery of the historic trace of the ancient wing of the novices is being sought. Its design, shown by the archaeological excavations, emerges again through powerful granite walls that define the perimeter of the new construction.

The workshop’s light industrial and modular structure acquires its own dimension within these walls looking for the most flexibility in its purpose; the upper garden and the transition and union elements along with the old monastic spaces acquire an essential relevance. All the outlined interventions have taken into account the possibility of its future and complete reversibility. 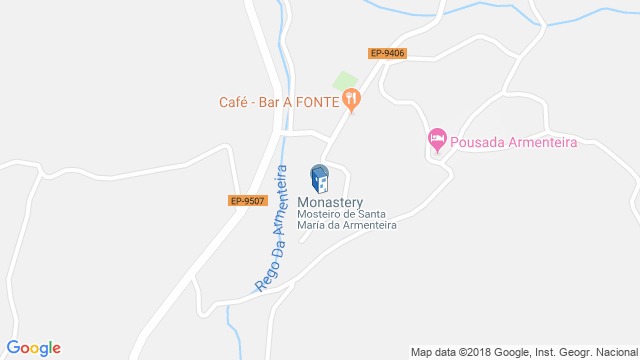 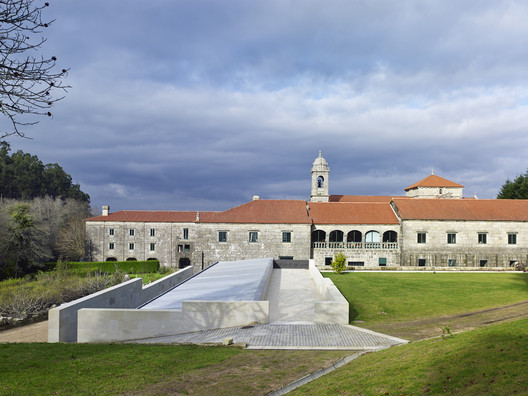