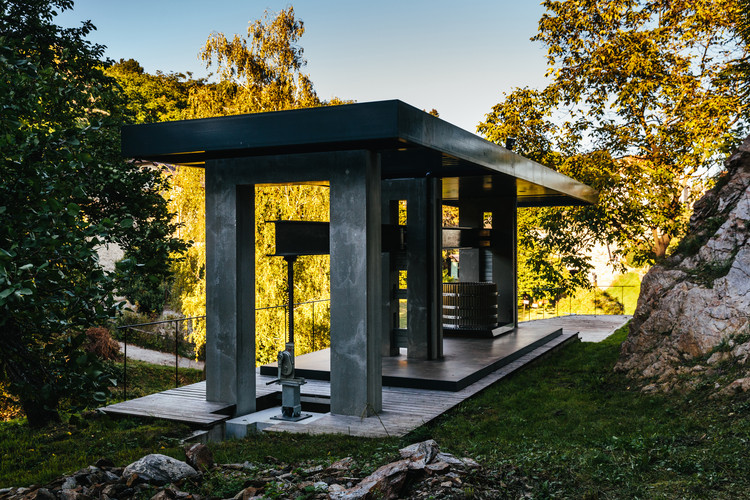 Text description provided by the architects. Mr. & Mrs. Lang are vintners producing exceptional organic wines from their vineyards terraced above the Danube at the beginning of the Wachau valley. Mr. Lang comes from an engineering background and commissioned us to reinterpret a traditional manual timber wine press in contemporary terms. Wine presses of this kind stem back to the Roman Empire.

The Roman-style presses were made from single trunks and were built until the turn of the last century. Many such presses are still used by local wine growers, some dating back hundreds of years. We replaced the timber with a concrete and steel structure and re-used industrial elements (a salvaged I-beam and a crank used for a German river lock on the Rhine).

The press sits on an old fruit orchard above an air-raid tunnel built by locals during the war. The Austrian state had no idea what to do with the abandoned tunnel so our client bought it for a meager amount and placed his wine cellar inside. The wine is pressed directly into barrels in the cellar through a hose that is drilled through the rock. The I-beam is attached to a 6 ton concrete counterweight and is supported by a reinforced concrete framework.

The grapes are pressed in a custom made stainless steel barrel. The pressed juice flows in shallow trenches engraved on the concrete base that lead to a long funnel. The mechanical components are covered by a cantilevering, partially louvered roof thus blurring the line between machine and building. 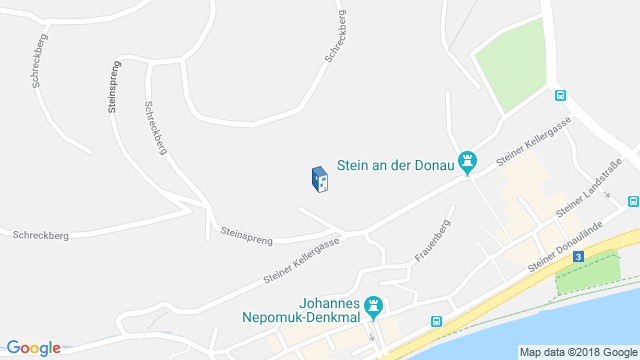 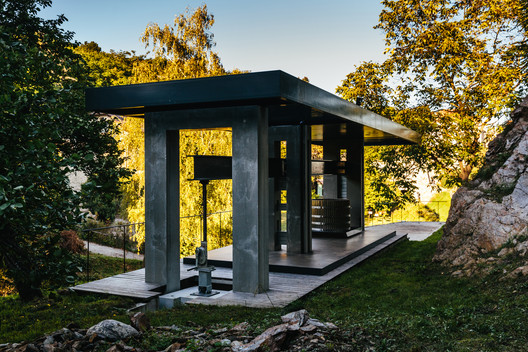