Save
Renzo Piano’s Renovation of the Harvard Art Museums is, Years On, a Quiet, Neighbourly Triumph
Share
Or
Copy 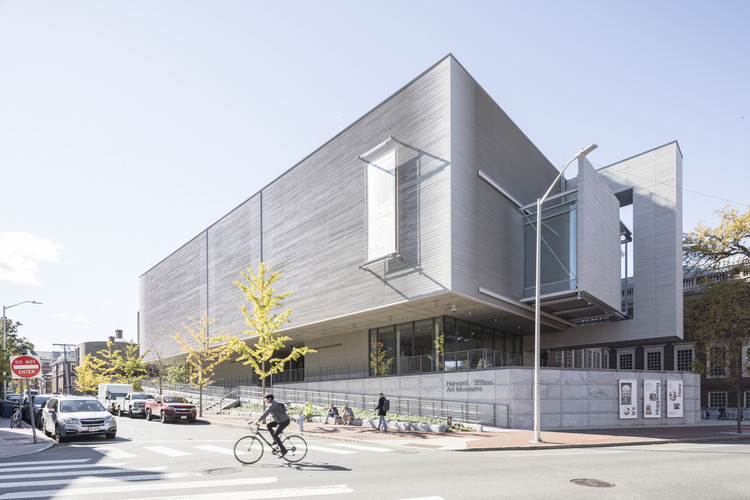 The first hint lies in the structure’s strangely plural name: Harvard Art Museums. The building is, in a way three, unifying multiple formerly distinct collections under one roof. Co-locating Harvard’s Germanic, Asian, and North American Art collections (not to mention facilities dedicated to scholarship in art and conservation) meant not just accommodating each collection but streamlining the established organizations. Where things once were individual, now they are shared. The architecture had to facilitate a social learning curve not entirely unlike the one happening in the nearby undergraduate dorms.

The new design may have made roommates of the collections, but it also had to grapple with the challenge of taking over an existing site. RPBW’s scheme had to work within the tight constraints of the existing Fogg Museum, a protected 1920s Georgian-style design by Coolidge, Shepley, Bulfinch, and Abbot. The building could not re-dress itself, nor was there much opportunity to expand outwards. Instead it rises up, adding several stories of both space and light. It’s an unshowy move hardly noticeable from the ground level, but suggests a willingness to be part of a campus rather than a noticeable as a standalone piece. In a campus where everything is special, the building seems to understand the value of the campus collective: we learn better when we learn together.

Inside, the campus analogy is further emphasized. Interior spaces are organized around an existing central courtyard (or, if you like, a quad), and most visitors cross the space multiple times during a single visit. It is as though they were jumping from class to class. The collections, while still separate, are interwoven by a circulation that suggests rather than directs. Visitors may choose their path and learn as they like.

It is in the program’s scholarly nature that Renzo Piano seems an especially suitable fit. While the Italian architect is perhaps best-known for his understated and fastidiously-detailed designs, he made his name with a rebellious streak we now take for granted. The inside-out nature of his most famous work, Centre Pompidou (a collaboration with Richard Rogers) was at the time of its construction, unconventional and provocative in its conservative Parisian context. At the Harvard Art Museums, the exposed structure motif is so subtly-handled and, by now, so accepted that it goes almost entirely unnoticed. The free flow of space encourages (if not facilitates) a free flow of thought.

It is now nearly four years since the building was completed, and is for a whole generation of undergraduates a permanent campus fixture. But if the eyes of the young students slide past the building, that is the design’s strength, not its failing. The most essential lesson one can learn at university - and the one that is not overtly taught - is how to be part of something larger than oneself. RPBW’s Harvard Art Museums understands this implicitly. Its untroubled confidence in its design allows visitors to focus on its educational purpose without getting tripped up in architectural showmanship. It's a lesson we might all do well to learn. 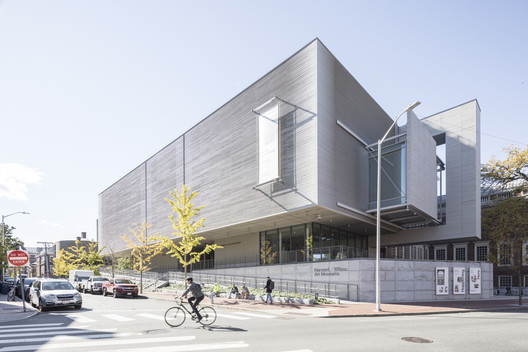