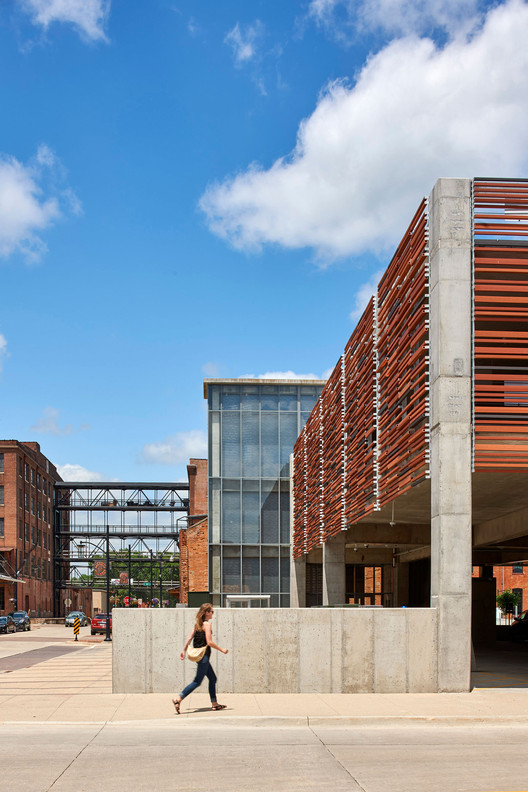 Text description provided by the architects. Situated within the Historic Millwork District, which is bordered between a state highway and the edge of downtown, this intermodal transportation center aims to regenerate the historic district with Local, Federal and State funded infrastructure. It is capable of accommodating a potential future passenger train connecting to Chicago and Minneapolis. Three components make up this campus: a structured parking garage for 292 vehicles (with an eventual expansion to 450 vehicles), an overhead walkway, and the terminal building which provides ticketing for both local and interstate bus services, transit office space, and public restrooms for the area.

The scale and proportioning of the buildings reference its historic setting through column and window spacing that recall the rhythm of surrounding warehouse building facades. This also meets the State’s historical preservation guidelines for new buildings.

Terracotta is the primary cladding material and compliments the district’s brick construction: baguettes clad the parking component and a terracotta rain-screen system clads the terminal building. The varying angles and locations of the baguettes aid in screening parked vehicles while meeting openness requirements. This resulting pattern is reflected at a reduced scale in the perforated aluminum panels, which are used as a unifying element to highlight pedestrian circulation between the buildings. 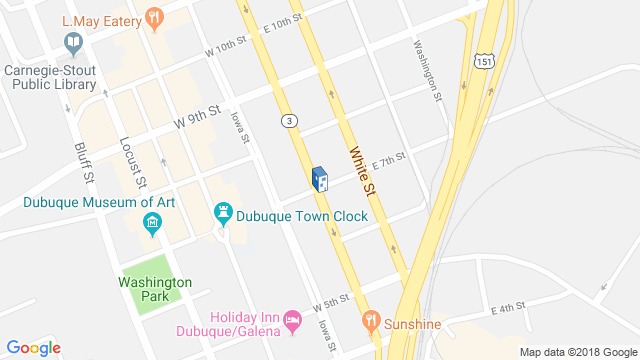