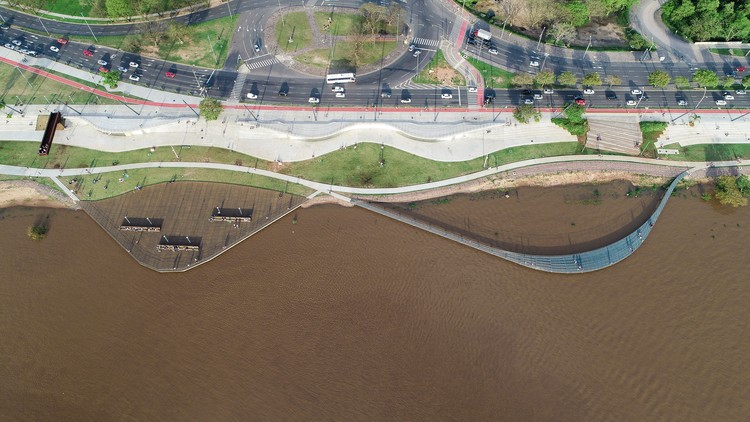 Text description provided by the architects. The Guaíba Orla Urban Park is an important gesture of the City Hall of Porto Alegre, giving back to the city and its citizens the use and appreciation of one of its most precious natural assets: the Guaíba River. It is a 56.7ha intervention along 1.5km from the shore of Lake Guaíba in Porto Alegre, the largest metropolis in southern Brazil.

Serious problems related to safety, abandonment and degradation have made the area, originally part of the flood control system, a problem for the city. With the establishment of the park, a meeting point is created qualified for its 1.5 million inhabitants; 4.2 million on a metropolitan scale.

It is a project of urban and environmental regeneration that will positively affect the quality of life of Porto Alegre, generating social, economic and environmental systemic effects. People, culture, history and nature are connected in a virtuous circle of appreciation.

Adjacent to the central area of ​​Porto Alegre, the park is very well connected to the urban network, being easily accessible to pedestrians and cyclists, subway, buses and cars in general.

The program brings the necessary elements for the valuation of its surroundings, through the growth of tourism, real estate valuation and recovery of the natural environment. It is an integration project that brings elements of the natural and built environments, allowing people to meet and enjoy this new space, equipped with bars, cafes, sports areas, toilets, among others. What once burdened the municipality becomes an important asset, an element of sustainability, reducing costs and adding value.

The architectural qualities of the project are linked to how it fits into the landscape, taking advantage of the topography to accommodate the necessary infrastructure and create scenic walks of contemplation. The materials are concrete, glass, wood and steel in their natural finishes, guaranteeing lightness to the whole. The curved forms take advantage of the plasticity of the concrete and the drawing relates to the movement of the waters, developing gently along the terrain.

The scenic dimension of the estuary will be enhanced by the installation of bleachers that run throughout the park, offering the best seats to enjoy the "most beautiful sunset in the world".

An important element of the solution is light. During the day, the light of the sun and its reflections in the Guaíba guide the spectacle; after dark, it is the turn of architecture with its lighting design to create on the boardwalk the semblance of a starry sky.

The landscaping project is carefully thought about the ecological aspects of this habitat and seeks to reintroduce native species to the environment, promoting its regeneration. The remaining native vegetation remains respected by the constructed elements, implanted around it. For each sector (for example, areas subject to natural floods or the highest dry areas), specific species were selected. Overall, the project works not only as a regeneration plan, but as an open, living, and permanent environment of environmental education.

From the recovery of the natural environment and the creation of a new address, the park becomes the stage for various forms of cultural and artistic expression, both traditional, as the Farroupilha Week, and new.

The heritage built in the region - the Gasometer Cultural Center, the Mauá Pier and the Civic Center - will gain new visibility. The steady stream of people in the park will overflow into the city center, increasing the public to these attractions as well as injecting a new mood into the local economy.

In addition, the park has a great positive impact on the social fabric of the city; when recovering a degraded area, increases the sense of belonging of the population and demonstrates the care of the city for its patrimony and its inhabitants.

Through the architecture, landscaping and lighting technology, in conjunction with a wide range of activities, the Guaíba Urban Park shows how the symbiosis between the built and natural environments is possible, creating a vibrant and sustainable place in Porto Alegre. 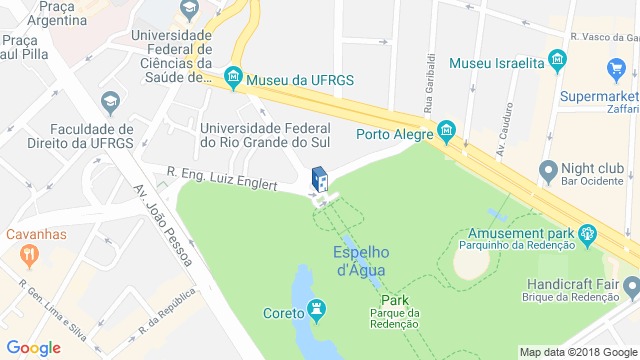 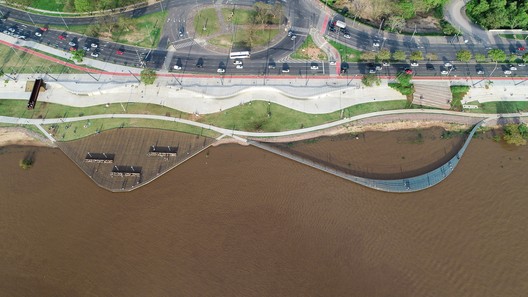