✕
Save
Maison A / Nghia-Architect 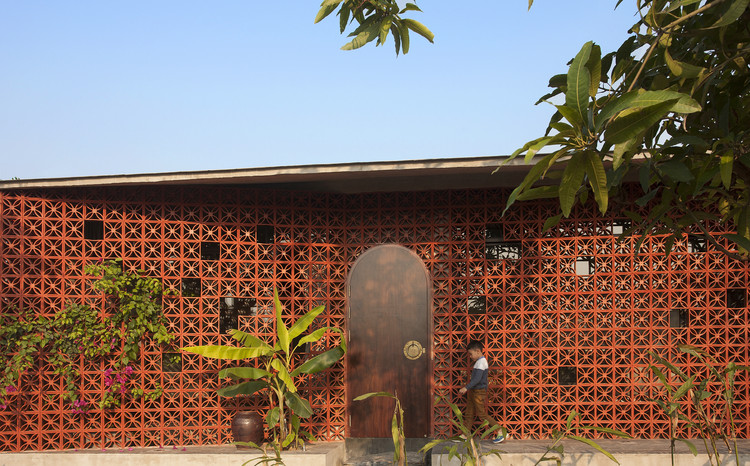 Text description provided by the architects. Maison A's main occupant is an aging mother who has lived in the coastal village of Nam Dinh her whole life.

Her son who grew up and settled in the city wanted to build this house for his mother after after his father had died. It is like a place to return to childhood life with traditional family lifestyle but in the modern look.

When the architect talking to the client, he remembers fondly the banana trees that used to grow at the site. This childhood memory inspires the architect to create a place which has a mental connection from old familiar images.

The design combines the Nam Dinh countryside housing vernacular with in-depth material research in order to bring the comfort of modern living into the coastal village. During the holidays, the mother greets her children and grandchildren who would come to visit and stay with her. For this reason, the house has multiple flexible spaces to accommodate the extra guests.

The coastal climate of Nam Dinh is unpredictable and the area usually faces large storms.  Due to this condition, the facade of the house consists of 3 flexible layers. The outermost layer is made entirely from Bat Trang floral ventilation bricks in order to bring daylight and fresh air into the house. The second layer of plants provides additional privacy while allowing the light casted indoor to change harmoniously with the surrounding environment.  The third skin, a strong glass layer, allows the mother to easily close up the house during large storms. During warmer months, the triple-skin facade also  allows the interior space to open up into a countryside veranda.

The Bat Trang floral ventilation bricks are customized to trap air in its hollow interior. The empty space in the brick is heat-insulating layer which helps the facade coller under the direct sun from the west.

Rustic crafting techniques are also refined with modern technology in order to reserve the bests of tradition and science. For instance, the family-bedroom wall is made from special laterite stone (called "hive stone")-a natural yet rough material from the nearby Son Tay region. The local stone craftsmen are invited to participate in the construction process. They are challenged to create a wall with an arched window opening that would connect the bedroom to the living room area. While "hive stone" is not typically used indoor because of its roughness and lack of precision, the craftsmen here are challenged to refine their process in order to match the architectural precision that the project requires.

In addition, a hand-pressed intaglio method is used to transfer the tactile beauty of the banana leaf onto the concrete surface. The design team works closely with the craftsmen in order to achieve the desired effect. This is an important element of the conceptual design as the house used to sit on a small banana farm. These familial memories are an integral part of the design, allowing the site’s history to become a part of the day-to-day life of its inhabitants.

Maison A mixes the countryside traditions with modern comfort in-depth material research to create an ancestral place for the mother and her returning children. The brutalist composition of local materials reflects the richness of the surrounding cultures while the design elevates them to higher grounds. From here, the memory of the family is recorded in each brick and passed down through generations. 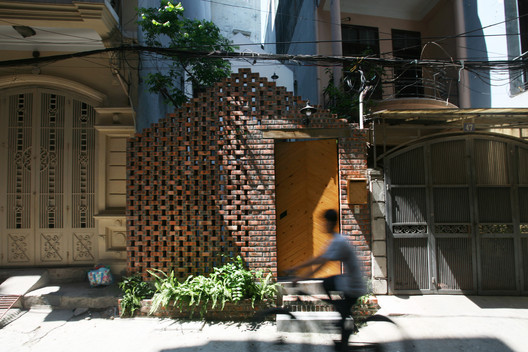