The government of Moscow has begun developing an existing district in the city to test nearly 30 new ‘smart’ technologies for urban development. Home to over 8,000 people, the district is testing ideas on smart lighting, smart waste management, and smart heating. The city intends to evaluate what impact technologies bring to residents and adjust its urban renewal plan once the pilot is complete.

When creating a smart district, cities tend to choose new, empty or even abandoned areas to build a district from a scratch, which is faster, easier and more cost-efficient. However, Moscow authorities made the decision to create one in an already existing neighborhood to bring top tech solutions. In April 2018, authorities began implementing technologies in selected buildings situated in Maryino district on the southeast of Moscow. The district includes seven apartment buildings with different years of construction from 1996 to 1998. Each residential building has a different construction type that gives an advantage to pilot the technologies under various conditions.

Andrey Belozerov, Strategy and Innovations Adviser to CIO of Moscow explained: “We didn’t want to build a district from a scratch as a test bed far from real-world settings. Our aim was to test technologies in inhabited neighborhood so it allows us to see whether citizens get advantage of new technologies in their everyday tasks. When the pilot is completed we aim to adjust the city urban renewal plan, so Muscovites enjoy living in similar technology-savvy buildings around the city in the future”.

The smart district residents can access smart systems responsible for heating, lighting, and waste collection. In total selected residential buildings are equipped with twenty nine different smart technologies. As part of the project the first charging station for electric vehicles situated in residential district has been installed in Moscow – it has already become the most popular charging station for electric vehicles in the city. In addition, free Wi-Fi network is available on site. Each resident can install free mobile application to answer the house intercom when no one is around or open the door without a key. The project aims to improve quality of life and provide comfort and safety for residents. 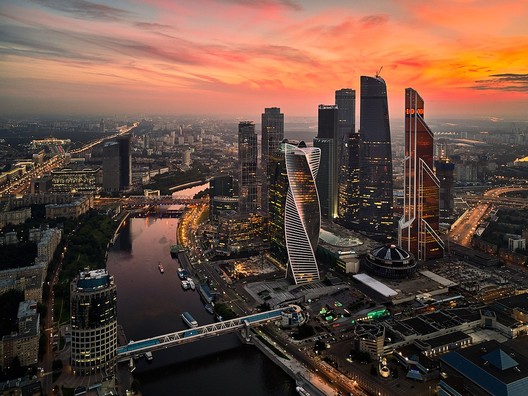